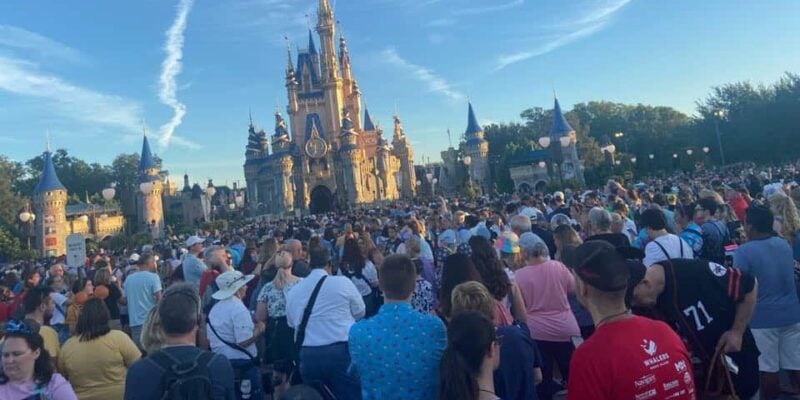 As the pandemic continues to spread with the new Omicron variant leading the way, we have seen COVID-19 cases skyrocket across the globe, and Florida is no exception.

Florida has been on quite the roller coaster ride when it comes to COVID-19. The state hit very high peaks when it comes to positivity rates, but as the 50th anniversary rolled around, we saw a sudden drop which was fantastic news. Walt Disney World Resort went from full mask wear at all times, to eventually fully removing mask wear, to then reinstating it indoors, as the company has attempted to deal with the constant and unprecedented flux of this ongoing virus.

Now, with the spread of Omicron and the amount of visitors that Florida is receiving due to the holidays, the number of COVID-19 positivity rates is only continuing to jump. As we reported, “Florida health officials are saying that there were 32,850 new COVID cases reported on December 25, which breaks the record for the most cases in a single day since March 2020. Previously, the record was set on December 24 with 31,758 cases.”

Following those numbers, it has now been confirmed that Orange Country, Florida, has a 45% positivity rate, which is alarmingly high.

As noted by Rusty, this means that in just a few short weeks, the positivity rate in Orange County has shot up 40%. As we know, Disney World Resort is based in Orange County, and although Florida does not have a mask mandate, Orange County Mayor Jerry Demings has recommended in the past for businesses to reinstate their mask mandates, which is something we saw Disney do. With a continuing climb in positivity rates, it will be interesting to see if Walt Disney World is affected in any way.

Shows and parades such as Fantasmic! and Festival of Fantasy have been announced to return in 2022, so hopefully, this sudden spike does not affect any plans that Disney World has when it comes to entertainment’s return to the Park’s. At the moment, meet and greets have returned in select locations; however, they are now called character sightings. Guests must be masked while indoors and will meet the characters from a distance.

At the moment, Walt Disney World has not changed its mask policy or any other health and safety measures. Capacity is still reduced at the theme parks; however, we do not know what that limit is. In Disneyland Paris, there is a possibility that their Health Pass, which all Guests need to enter the Parks, will soon turn into a Vaccine Pass due to French Government law. This would mean a negative COVID-19 test would no longer be suitable to enter the Park; solely vaccination records would suffice.

What do you think Disney World should do in these circumstances?