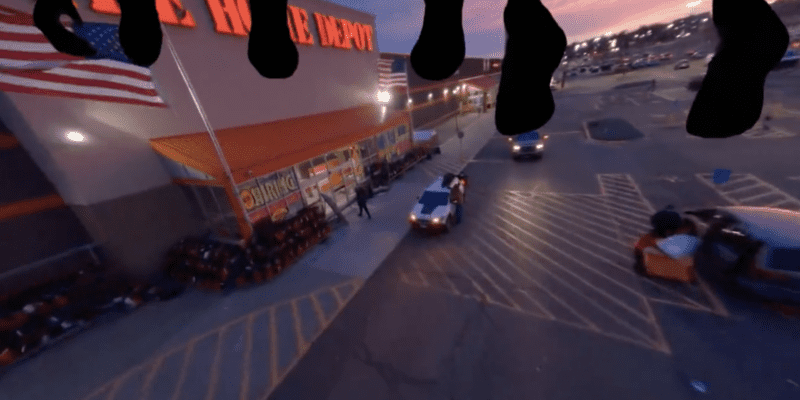 One thing is true about Disney World fans, it’s that they’re passionate, creative, and quick.

Recently, The Home Depot’s official Twitter account (@HomeDepot) posted a slick drone-guided tour through one of its stores. Zooming through the front doors and flying above customers’ heads, the drone captures some pretty cool footage. One Disney fan however was inspired to make their own version of this video.

In a tweet that’s now gone viral, Belaski Films (@Belaskifilms) edited over the original video, giving it a Soarin’ Around The World spin. As is normal with the actual EPCOT attraction, the video is complete with a whole row of Guests feet above you as well as the classic score that accompanies the ride, the video is a gloriously-hilarious tribute to one of Disneyland and Walt Disney World’s most immersive ride experiences. Here’s the full video:

I felt obligated to do it.

I felt obligated to do it. pic.twitter.com/sSPv9qyAQ2

Reporter Scott Gustin (@ScottGustin) replied to the tweet with a funny caption:

Ryan (rydelrig) responded with a cheeky comment that true Disney fans will understand:

Disney’s official description of Soarin’ Around the World:

What do you think of this fan-edit? Do you enjoy riding Soarin’ Around The World?