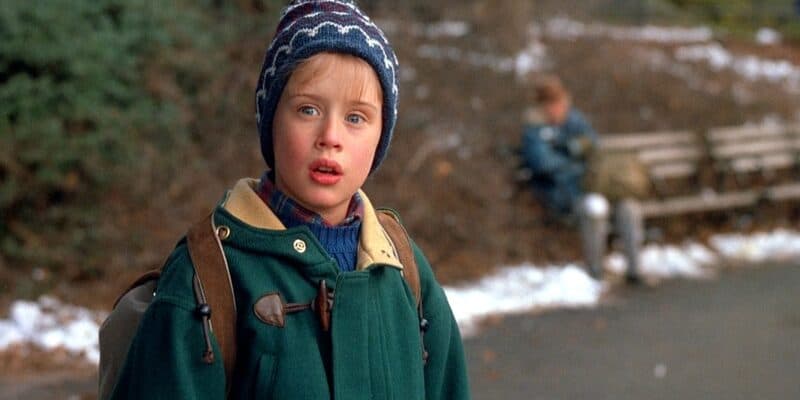 One of the most iconic Christmas movies that has stood the test of time is Home Alone (1990). The film was so popular it would garner sequels and even a 2021 reboot. Now, one of the cast members is in some hot water for alleged crimes.

The film stars Macaulay Culkin as Kevin, Joe Pesci as Harry, Daniel Stern as Marv, John Heard as Peter, Catherine O’Hara
as Kate, and the list goes on. Devin Ratray, who plays Buzz, however, has been accused and arrested for allegedly strangling his girlfriend. As noted by People, Ratray has been “charged with one count of domestic assault and battery by strangulation and another count of domestic assault and battery .”

It seems that Oklahoma issued the warrant on Tuesday with a bond was set at $25,000. Ratray turned himself in and was then bonded out right away the next day.

The woman alleged that Ratray punched her in the face, covered her mouth with his hand and tried to strangle her. She told police that the pair got into an argument at a bar, and she left him to return to their hotel room.

“[The] victim had trouble breathing while she was being strangled and while the defendant’s hand was over her mouth,” a probable cause affidavit states, according to the news station.

The news of this arrest is shocking as the case was allegedly set as closed by authorities, and many of the statements that were made ended up being heavily redacted. Also, Ratray was the one to break the news that a Home Alone reunion was in the works with some of the original cast, as he stated, “This film has become legacy and has affected families now for more than one generation.” Ratray also reprised his role as Buzz in the reboot  Home Sweet Home Alone on Disney+.

What do you think of this developing story? Let us know in the comments below!