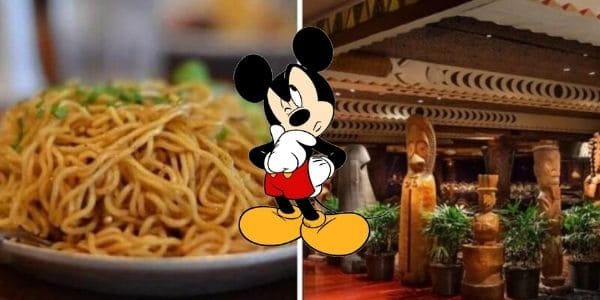 We all love a good Mickey bar, but maybe sometimes we feel guilty about it…

Walt Disney World offers so much in the form of breathtaking attractions, thrilling rides, and delicious restaurants. Whether you’re heading down to the briar patch on Splash Mountain or dining at O’hana at Disney’s Polynesian Resort, Disney has got you covered when it comes to satisfying experiences. However, for Guests wanting to eat a little healthier at the Parks, enjoying what you eat can sometimes be a challenge while at the Disney Parks.

While visiting Walt Disney World it can be hard to find healthier options when all you seem to be surrounded by are Mickey Bars, giant cookies, and those delicious carb-infested noodles at O’hana. A recent thread gained some traction on Reddit where Guests asked this very question. See the full thread down below:

I know this is not a popular opinion, but I do like getting at least one healthy meal a day at Disney. I have more energy the rest of the day to walk/make it through the parks.

Best example I can give would be the bowls at Satu’li Canteen. I found them both healthy and satisfying.

Anything else out there? Could be quick serve, casual, or dine in.

The consensus was that Columbia Harbor House in the Magic Kingdom has some healthier options including salmon and shrimp along with sides of rice and veggies like green beans and broccoli. Another popular answer was Sunshine Seasons at The Land pavilion in EPCOT. Here, Guests can “Harvest the goodness of the greenhouses of The Land Pavilion! From sun up to sundown, dig into a bountiful selection of fresh, flavorful fare—including wood-grilled entrées”. 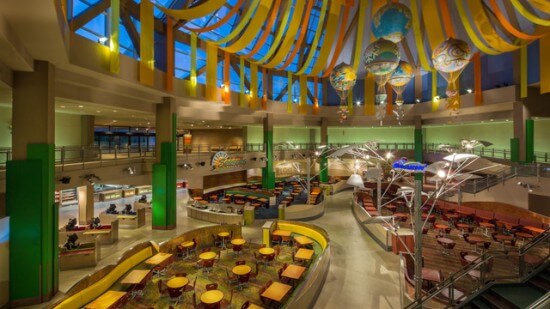 Another popular recommendation was Satu’li Canteen inside Pandora – The World of Avatar at Disney’s Animal Kingdom. Here Guests can pick various bowls consisting of beef, chicken, or shrimp as well as a tofu option. These are served alongside selections of fresh veggies.

Skipper Canteen is great for healthy options in Magic Kingdom. They have an amazing veggie curry. 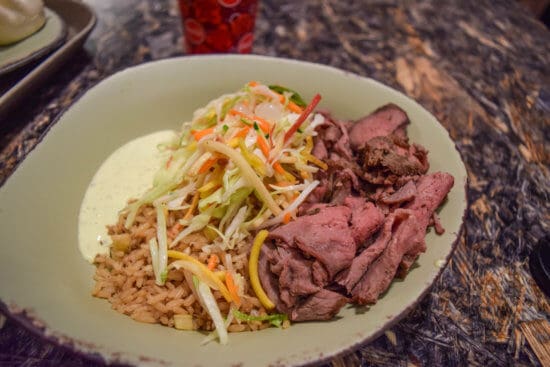 The only thing that my MIL with lots of health issues could eat/liked at all was at Docking Bay 7. She got the “Felucian ketfa and hummus garden plate” twice. I got it one of the times and it’s definitely better than what I ordered the first time (Kaadu ribs), and highly likely the best food you can get in the park without a reservation!

Do you know any good ways to eat healthy while at Walt Disney World? What is your go-to healthy food at the Parks? Let us know below!