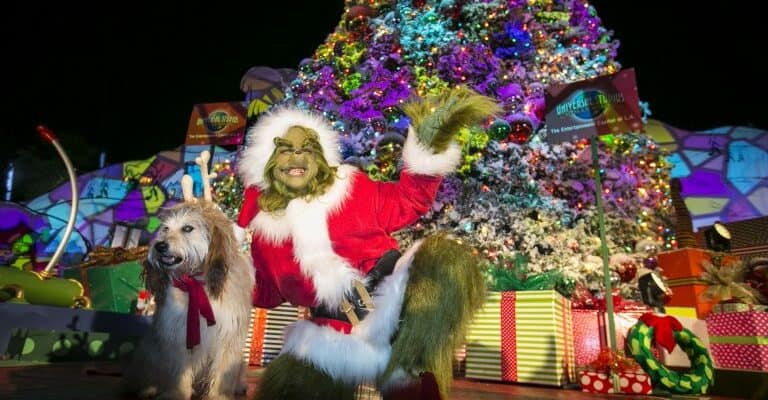 Your heart might grow three sizes after seeing this video.

The Grinch has become one of the most popular icons of the holiday season, and his appearance each year is one of the absolute highlights for many fans.

We’ve seen videos of The Grinch at Universal Orlando meeting with Guests, but this is a unique interaction.

Marlyna Soto (@marlynasoto02) decided to have a Grinch-themed baby shower. She shared her video on TikTok and wrote:

The uniquely-themed baby shower had decorations from the popular cartoon, including a photo-op with Max, Cindy Lou, and Grinch balloons, as well as a Grinch-themed cake, cookies, a dessert cart, and of course, an appearance from none other than The Grinch himself.

This is certainly a unique theme that no one who attended the party will ever forget.

The Grinch can be seen performing a song in one of the clips and was clearly, as he always is, the life of the party.

If you’d like the opportunity to meet The Grinch, Grinchmas is in full swing at Universal’s Islands of Adventure and Universal Studios Hollywood.

Guests visiting the Parks have the opportunity for photo-ops with the Grinch, unique decorations and snacks, and to enjoy the music and fun of The Grinchmas Who-liday Spectacular.

Here’s how Universal Orlando describes the season in Seuss Landing.

Warm Fuzzies With a Side of Sarcasm.

The holidays are in full swing, and we’re seeing The Grinch pop up in a lot of places, including even being arrested at one tree lighting event.

Have you seen The Grinch this holiday season?