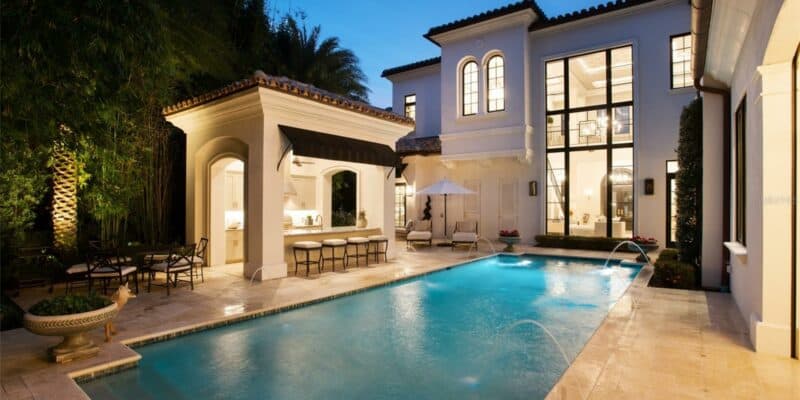 And in 2021, Disney’s Golden Oak claimed multiple spots in GrowthSpotter’s top 10 most expensive Orlando home sales in 2021, according to Orlando Sentinel.

Coming in at the fourth spot on the list was a home in Walt Disney World’s Golden Oak neighborhood, which sold for $7.5 million in June. According to Orlando Sentinel, “The home has four bedrooms and six bathrooms. Residential building permit documents filed in 2013 show the house was constructed with an exercise room, craft room, office, two garages, a theater room and bar, and a customized golf room. Outside the home has a large courtyard main entry and a pool and spa.”

Another Golden Oak home came in at the number seven spot — this time it was newly constructed home! This one sold for $7.5 million. According to Orlando Sentinel:

Goehring & Morgan paid $1.52 million for the 0.44-acre lot in 2019. The home completed this year has six bedrooms and seven bathrooms. According to a residential building permit, the house features a large game room, library, elevator, summer kitchen, and a resort-style pool and cabana area.

Disney’s Golden Oak also had the eighth, ninth, and tenth spots on the list. The eight spot on the list goes to a Golden Oak home with custom fire pit, which sold for $6.4M in August. Doggy John LLC paid $6.195 million for a home in Walt Disney World’s Golden Oak community in March, coming in at the ninth spot.

And the tenth spot on the list went to a Golden Oak home, which sold for $5.999M in March, which, according to Orlando Sentinel, was a “6,756-square-foot home has five bedrooms and six-and-a-half bathrooms. According to a residential building permit, the home was built to feature a grand foyer entrance, large game room, courtyard, summer kitchen, a guest suite, two garages and pool and spa.”

Have you ever wanted to live at Disney’s Golden Oak? Let us know in the comments below.