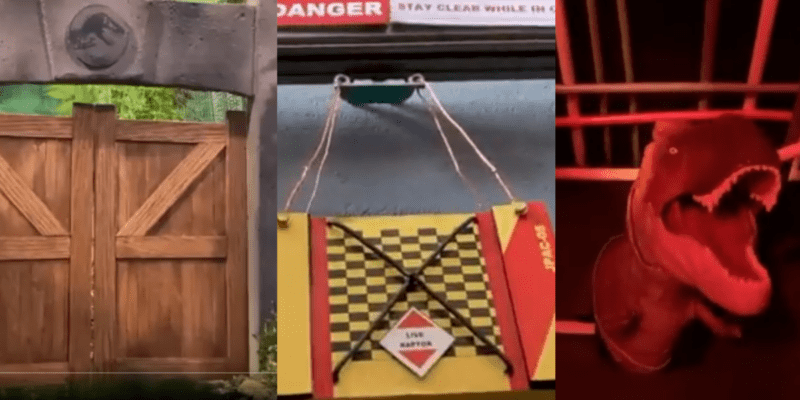 Perhaps the most iconic mainstay in Universal’s Islands of Adventure is Jurassic Park River Adventure.

While taking a relaxing river tour of some of the plant-eating dinosaurs inside of Jurassic Park, a Parasaurolophus knocks your boat off course and into the raptor containment area. Unfortunately, the boat that would intercept your boat has been overrun by raptors and the only way out is through the warehouse, where you’ll come face-to-face with a giant T-Rex and an 85-foot plunge.

Universal fan Mandy Slaback recently posted a video on Twitter where she recreated the entire ride and it’s spot-on.

Slaback used a broad range of items, including aquarium parts and a lot of witty camera spots to film the reenactment. The result is a masterpiece that any Universal fan can appreciate.

Of all the attractions in Universal Orlando Resort, Jurassic Park River Adventure remains one of the most popular because it’s simply an icon. Many Guests have grown up with the Jurassic Park movies and because of that, the ride still brings the same amount of joy and excitement now as it did back in 1999, when it first debuted.

Universal Hollywood recently changed their Jurassic Park-themed water flume ride into a Jurassic World attraction which has stunned Guests. Chris Pratt can be seen as the iconic Owen Grady on the attraction as well as Bryce Dallas Howard as Claire Dearing. Universal Orlando also has a Jurassic World taste to it with VelociCoaster taking place in the new franchise.

Is Jurassic Park River Adventure your favorite attraction at Universal’s Islands of Adventure?