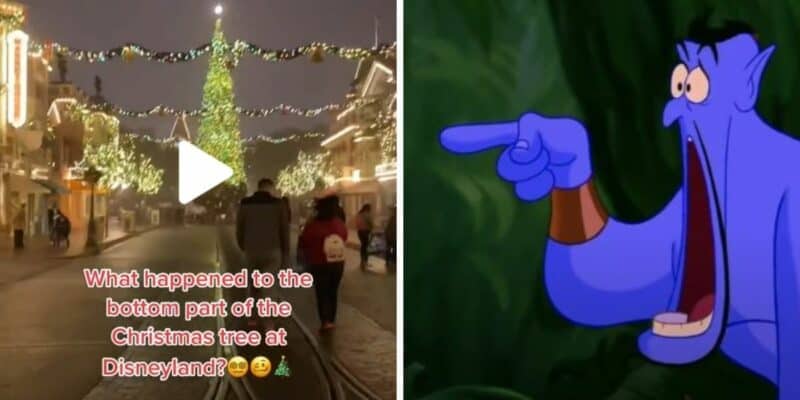 We’ve seen numerous theme park tips and secrets get revealed lately on social media from Guests and Disney fans across the globe sharing their love for the magic.

With the recent launch of Disney Genie+ at both Walt Disney World in Florida and Disneyland Resort in California, as well as multiple in-park paid experiences, you’d think Disney would want to keep Guests inside the Parks as long as they can.

Now, we’ve learned of a Disney Park trick that actually tries to encourage Guests to LEAVE the Park at the end of the day.

For the very first time this year, Disneyland Resort is hosting its own hard-ticketed Christmas Party called Merriest Nites. Walt Disney World has had Mickey’s Very Merry Christmas Party — and now Very Merriest After Hours — for years, and now Disneyland has its own exclusive holiday event.

Disneyland also brought back its popular “A Christmas Fantasy” parade this year, along with its Believe in Holiday Magic fireworks show. And over at Disney California Adventure Park, Disney brought back the much-loved Festival of the Holidays — Disney’s Christmas-themed food festival.

In addition to Festival of the Holidays, Cars Land has been treated to a holiday makeover. Decorations can be found all around Route 66 and Mater’s Junkyard Jamboree has become Mater’s Jingle Jamboree.

And of course, the classic Christmas tree lighting up Main Street U.S.A has returned to sparkle for Disney Guests, but it seems this Christmas tradition is part of a Cast Member secret.

TikTok user heyjessiejessie posted a rather unusual view of the Disneyland tree, expressing their opinion that the Christmas tree looked “ghetto”:

The video shows that the bottom part of the Christmas tree in Disneyland’s Town Square is unlit, while the top is still twinkling.

A comment from a Cast Member in the Guest Service Operations team, Valerie, confirms that this is deliberate by Disney:

“If this was during closing time, we do it so guests don’t make lines and continue taking pics”

So there you have it. At the end of a theme park day, Disney prevents Guests from lining up at the end of Main Street, U.S.A. to take their family Christmas photos by turning off the lights at the bottom of the tree.

Though it makes the famous Christmas tree at the end of Main Street, U.S.A. look like something is broken, it does make sense to not encourage Guests to gather around Town Square and let Cast Members go home.

We are unsure what time this happens every night in Disneyland, but will be on the lookout for this Disney Cast Member trick next time we visit the Disneyland Resort in Anaheim!

Have you ever noticed the oddly lit Disneyland Christmas tree? Let us know!