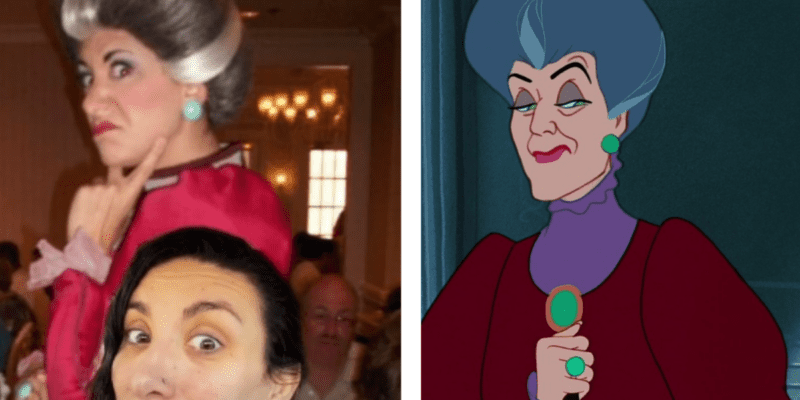 Walt Disney World Resort is one of the most magical places in the world and one of the reasons for that is the characters that Guests are able to meet at both the Parks and Resorts.

From Mickey Mouse & friends to popular cartoon characters to Disney princesses and even villains, there is something for everyone at Disney World.

Cast Members who are friends with characters must follow strict guidelines and are tasked with ensuring that they never spoil the magic.

TikTok user @tremainetok, a former Disney Cast Member, shared an experience of something she did while being friends Lady Tremaine from Cinderella that could’ve gotten her fired, according to her. The video was posted earlier this month and already has more than 267,000 likes garnering a viral viewership.

In addition to English, she notes that Lady Tremaine would speak Spanish and French, however that was not allowed. Tremainetok notes that had she been caught, she would’ve been given a heavy reprimand because the character only speaks English.

Disney has plenty of rules in place for Cast Members to follow and has been known for strictly enforcing them. The reason behind each one is to present an enjoyable experience for the Guests, as well as to protect both Cast Members and Guests. This also continues to keep Guests immersed in the fantasy world that has been created, and allows them to see their favorite films come to life, without doing anything different to pull them out of this make-believe world.

Lady Tremaine is a popular Disney villain who can be seen in the movie Cinderella (1950). She is Cinderella’s stepmother and has since become an icon among Disney villains at the Parks and in the World of Disney.

Disney has been a little more lenient with some of their Cast Member rules as of late, especially when it comes to the “Disney Look”. Previously, Cast Members could not color their hair, show tattoos, dress in certain costumes based on gender, and more, and now, Disney has changed their rules to further promote their 5th key of inclusivity!

What character is your favorite to meet at Disney World? Let us know in the comments.