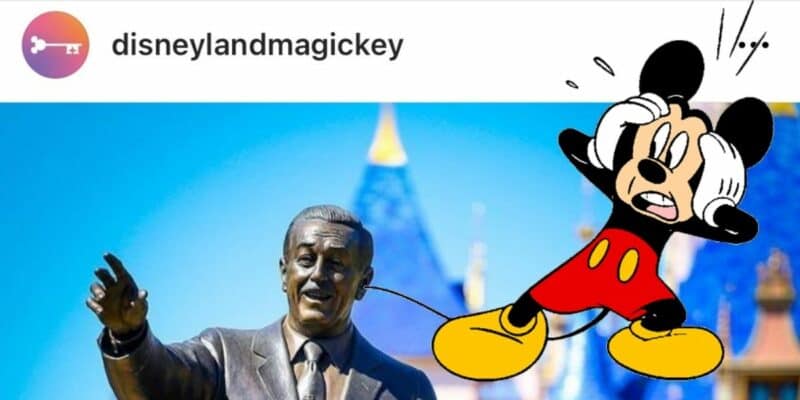 Hardcore Disney fans know the many quotes from Walt Disney. But they can also point out the typically mis-attributed quotes to the main man himself. One of the more famous Walt Disney quotes that he never uttered is, “If you can dream it, you can do it!” When an official Disney social media account tried to memorialize the founder on his birthday with this “Walt Disney quote,” fans quickly corrected, and then drug the account for its mistake.

Posted on Instagram, the new Disneyland Magic Key account posted a photo by Mr. Daps for Walt’s 120th birthday. The caption stated, “If you can dream it, you can do it! – Walt Disney” However, faithful Disney fans know this is actually a quote from Horizons, an original EPCOT ride from 1983, one year after the Theme Park opened. Fans quickly started to notify the Instagram account of its mistake, as well as the origin of the quote.

THE HORROR AND ON HIS BIRTHDAY?

Also on the screenshot was a blue arrow showing folks where to look if they were confused as to what the real error was. Those fans missing the mistake on Instagram were able to see the caption gaff courtesy of this post.

THE HORROR AND ON HIS BIRTHDAY?! pic.twitter.com/t4xECgibHw

Drop a (balloon emoji) to celebrate Walt’s 120th birthday with us!

Have you ever seen this famous Horizon quote attributed to Walt Disney? Have you corrected it? Leave us a comment below!