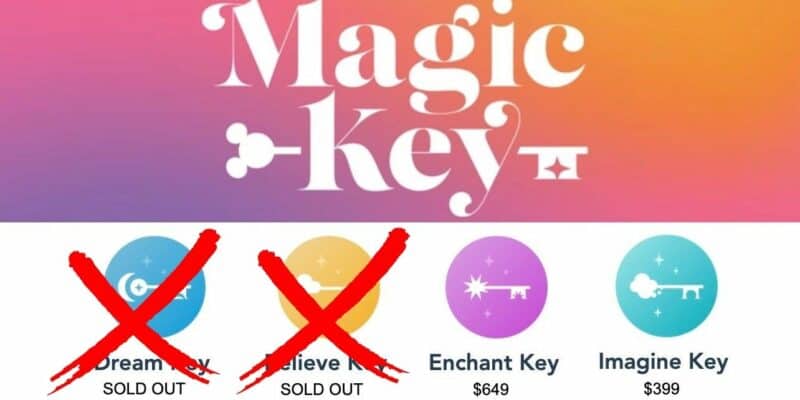 If you don’t already have a Magic Key to Disneyland, you’re missing out on your change. Following the sell-out of the Dream Magic Key, the second-tier Believe Key has now sold out. The Annual Pass program has proven popular with all Disneyland aficionados and looks to remain closed for a period of time.

All Disneyland Magic Key passes afford Disneyland fans a set of perks. “This new Magic Key program provides reservation-based admission to one or both Disneyland Resort theme parks where you’ll make memories visit after visit. Choose a Magic Key pass featuring a variety of admission days, pricing options, experiences, and savings on food & beverages and select merchandise. You can select the Magic Key pass that’s of most value to you.”

When they went on sale earlier in 2021, passes flew off the digital shelves, but it wasn’t until late October 2021 that the top-tier Dream Magic Key Pass “sold out” and was no longer being sold. Now, we see the Believe Key Pass has joined its sold out ranks on the Disneyland website.

Twitter reporter Scott Gustin shared the news with his readers early Wednesday morning and included a statement from Disney officials about the stoppage of the Believe Magic Key.

“Due to the popularity of the new Magic Key program and in order to deliver a great guest experience for all guests, the Believe Key is sold out at this time. The Enchant Key and the Imagine Key – the other Magic Key types – remain on sale at this time. All Magic Key holders, including current Dream and Believe Key holders, will continue to have access to Magic Key holder benefits, such as the Magic Key Terrace, specialty merchandise, select discounts, an upcoming Magic Ky holder month, and many more special experiences, some announced and others yet to be announced,” said a Disneyland official.

In a statement, Disneyland said the change was made “in order to deliver a great guest experience for all guests.” pic.twitter.com/bNZxAE0sDz

Those looking to purchase an Annual Pass Magic Key to Disneyland still have two options left in the Enchant Key and the Imagine Key, the Imagine Key being the only one left for out-of-state residents with blockout dates.

Disney World in Florida has also stopped selling Annual Passes, though instead of saying “Sold Out,” they are “pausing their program,” It looks like the Walt Disney World Resort Annual Pass will resume sales in 2022, but we are still waiting on word from The Walt Disney Company. 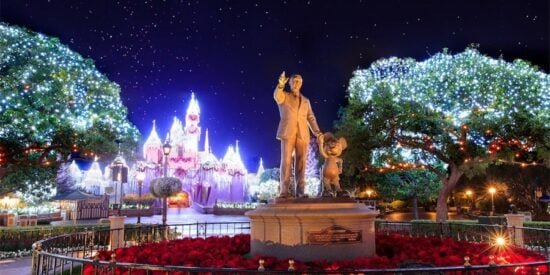 Many Disney enthusiasts have felt in the past there were too many Annual Passholders, causing a run on merchandise and overly crowded Parks on both coasts. Theme Park Reservation passes have been tough for Annual Passholders to get in California, even with the new revised Magic Key program.

Though this new unavailability of passes is frustrating, it may be for the best if those Disney fans are looking for a less crowded experience, while giving new visitors the chance to enter the Parks.

What do you think about the Dream and Believe Magic Key Selling Out? Leave us a comment below!