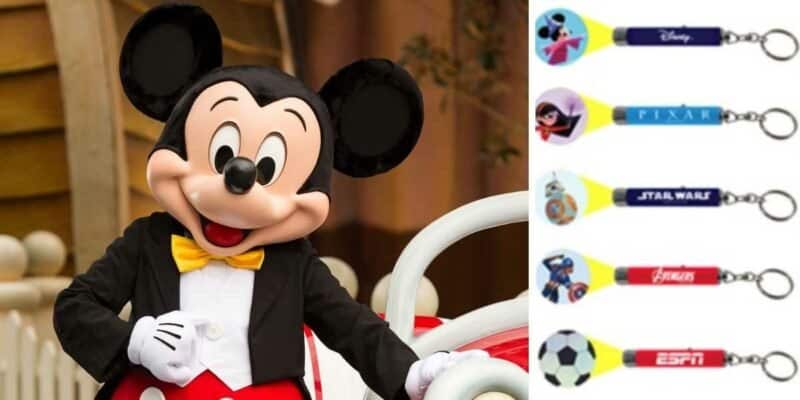 A Disney-branded care package was provided to hospitals and healthcare facilities for free. Now, a recall has been announced as a projector flashlight in the care package has become an ingestion and choking hazard, resulting in a child needing surgery.

According to the report from the United States Consumer Product Safety Commission (CPSC), HALO Branded Solutions Inc. has put out a recall on five models of children’s projector flashlights. It seems the projector flashlights can be easily disassembled with access to the button cell batteries.

The flashlights were distributed as part of a Starlight Children’s Foundation Disney-branded care package. Besides the recalled flashlight, the distribution package also included a tote bag, silicone wristband, playing cards, ink pen, journal, wall decals, and a set of postcards. The care packages were provided to hospitals and healthcare facilities between February 2021 and June 2021 as a promotional item free of charge.

The recall has been announced as HALO has confirmed two reports of children opening the flashlight where four button cell batteries are located inside. According to the Consumer Product Safety Commission report, “In one case, a child required surgery to remove a swallowed battery.”

The recall suggested consumers immediately remove the projector flashlight from their child and contact HALO (Recall number: 22-024) for a full refund. Even though the flashlight was distributed as part of a free promotional package, once the flashlight is returned, HALO is offering a $5 gift card with recall directions here.

Does your child have one of these recalled Disney-themed projector flashlights?