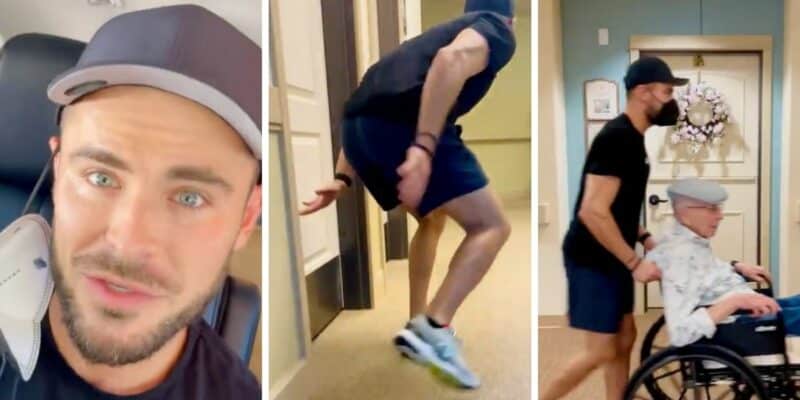 Zac Efron, best known for his roles in the High School Musical franchise, Hairspray, Baywatch, and The Greatest Showman, is not only an actor, but a family man. In fact, he once went as far as “busting” his grandfather out of a nursing home just so they could watch the Euro cup together.

Back in July, Zac Efron decided to “bust” his grandpa out of the nursing home he was at so the two could watch the Euro cup together.

In a video posted to Efron’s Instagram, you can hear the High School Musical actor say, “I’m gonna bust grandpa out of here” right before he is seen “sneaking” into the nursing home, stealing a key, and wheeling his grandfather out of the building.

Efron ended the video by saying “Grandpa is better at acting than I am”, clearly showing his fans that this entire thing was staged, and the nursing home, in fact, allowed Efron to take his grandfather out of the nursing home for the afternoon.

You can check out the video below.

We can also look forward to a second season of Netflix’s Down to Earth. The first season debuted in July 2020 and gained a lot of attention ever since. In case you aren’t familiar, Down to Earth starred Zac Efron and Darin Olien as they traveled around the world to find sustainable ways to live. Season two is currently filming and, according to Deadline, is aiming for a 2022 release date.

What did you think of Zac Efron’s lighthearted video of him “busting” his grandfather out of the nursing home? Let us know in the comments below.