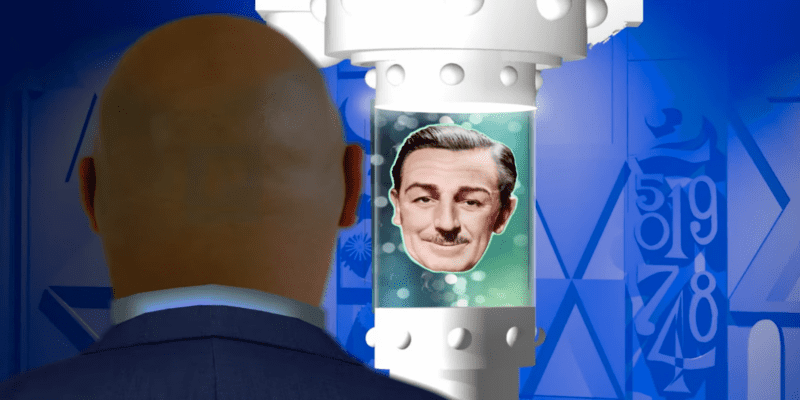 Many feel as though Bob Chapek is not taking the company in the appropriate direction. This has even lead to a petition being created (by an anonymous user), gaining the attention of many Disney fans worldwide.

Now, a short film has been created, showing Imagineers “unfreezing Walt Disney’s head” and Bob Chapek meeting with Walt to discuss some of the new ideas Chapek has implemented since becoming CEO.

In the short film, created by Small World Moving Pictures, Walt Disney asks to meet with CEO Bob Chapek to discuss what the Parks look like today. Walt Disney tells Bob Chapek that he loves Disneyland and he made sacrifices in order to make that dream come true, including refinancing his home and selling his life insurance. But it was all worth it because, as Walt says in the short film, he knew he had something special.

To which Bob Chapek says, “a real cash cow!”

“I wanted to build a place where families could go and have fun together,” Walt immediately responds. “And not just rich families, but all families,” he continues, which then leads into the discussion of Lightning Lane.

The short film continues as Walt expresses his disappointment in CEO Bob Chapek, which is something that many fans have also expressed over these last year.

You can check out the full short film here:

What do you think of this short film? Let us know in the comments below.