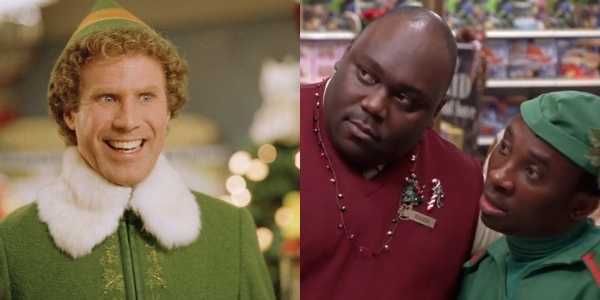 The 2003 holiday film, Elf, with director Jon Favreau, has become a holiday classic among movie lovers! The Christmas film takes viewers along for a journey with an oversized elf that realizes he is actually a human. Buddy the Elf (played by Will Ferrell) leaves the North Pole to connect with his biological father. The film is full of Christmas cheer that instantly caused the film to be a great success. With talks of an “Elf 2”, we’re learning another Elf actor, the Gimbel’s Manager (played by Faizon Love) is ready to move on without Ferrell as he says, “America is ready for a black elf.”

RELATED: Move Over Disney Resorts! This Resort Is the Place to Be This Christmas

Even though Elf grossed over $220 million at the box office when released and led to a 2010 Broadway Musical, the main actor, Will Ferrell who plays Buddy the Elf isn’t interested in a sequel. In fact, according to The Hollywood Reporter, Ferrell turned down a $29 million offer to star in a second Elf movie.

Why would anyone turn down a $29 million dollar offer for a second film when everyone absolutely loved the first movie? Well, during a recent interview with Hollywood Reporter Ferrell said, “I would have had to promote the movie from an honest place, which would’ve been, like, ‘Oh no, it’s not good. I just couldn’t turn down that much money,’” “And I thought, ‘Can I actually say those words? I don’t think I can, so I guess I can’t do the movie.’”

Now, actor Faizon Love who played Gimbel’s Manager in the film is saying “Elf 2” should go on without Will Ferrell as it’s time for a black elf. TMZ posted Faizon’s video with, “Faizon Love says a potential “Elf” sequel doesn’t need the star power of Will Ferrell … he says America is ready for a Santa’s helper redo — a Black elf.” Check out Faizon’s video below:

Are you ready to see an Elf sequel without Will Ferrell? Let us know in the comments!