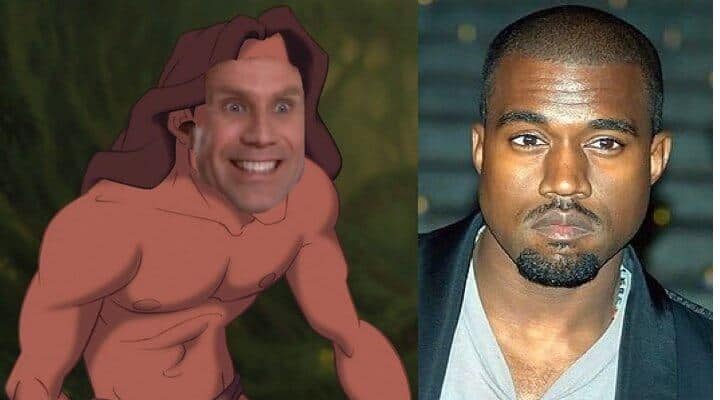 1999’s Tarzan looks to be the next Disney classic to get the ol’ remake treatment, with a live action adaptation coming in early 2029, to coincide with the film’s twentieth birthday, an anonymous source told us.

In an unbelievable turn of events, Walt Disney Studios have reportedly decided to hire comic actor Will Ferrell to play Tarzan himself. Known for his roles in adult orientated comedies like Anchorman and Step Brothers as well as kid’s classic Elf, Ferrell certainly seems like a rogue choice for the king of the apes.

Supposedly, Ferrell’s only condition was that Emma Watson star opposite him as Jane. Ferrell is thought to have enjoyed her performance in Beauty and the Beast so much that he insisted she take on her second Disney leading lady role as Jane, or he’d walk. Talks with Watson have supposedly begun.

British veteran Sir Michael Gambon is rumoured to be taking the role of Terk, Tarzan’s ape friend in another shock casting move. According to our source, Community’s Ken Joeng will take the role of Tantor the Elephant, encouraging a great deal of improvised banter with his Shakespearean co-star.

Clayton, the viscous, villainous poacher will supposedly be brought to life by fellow comic Mike Myers, who is thought to be interpreting the role as a bald, Scottish evil genius. Danny Trejo will apparently also join the cast in an as yet undisclosed role.

Of course the original film is well known for its iconic Phil Collins score, which will indeed return, albeit remixed by a new artist; Kanye West. If the report is to be believed, Mr. West will use Collins’ compositions as a template, whilst rapping about the joys of family and acceptance.

But who will be directing this re-interpretation of the classic tale? Well, following the path of unconventional Aladdin director Guy Ritchie, Tarzan 2029 will reportedly be helmed by none another than Guillermo del Toro, the artistic visionary known for such works as Pan’s Labyrinth and The Shape of Water. It’s unclear how the director will rework the jungle into an escapist fantasyland, but we’re sure excited to find out.

So, with del Toro directing, West composing, and Ferrell starring, this Tarzan is sure to turn more than a few heads.

It’s almost too crazy to be real.