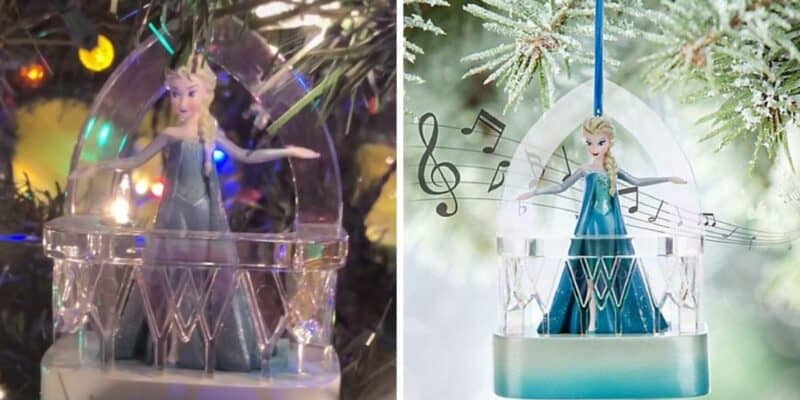 The holidays are around the corner and families around the world have already begun decorating. One of the most magical things about decorating for the holidays is breaking out those boxes and going through ornaments and decorations from over the years as it brings back so many memories.

One Disney fan was decorating their Christmas tree recently and found a Frozen-themed ornament, which plays music, from a few years ago. But when they pressed the button to hear Elsa sign, they were horrified by what they heard.

Related: Christmas Decorations in Disney GONE Due to Budget Cuts

In a video posted to TikTok, one Disney fan was decorating their Christmas tree when they came across an Elsa ornament which was released a few years ago. They pressed the button to hear Elsa sing, they were in for a surprise.

If you listen to the video, you hear the Elsa ornament begin playing the fan-favorite song, “Let it Go”, from Disney’s animated film, Frozen. However, this version does not sound quite the same as it does in the film or on the soundtrack. Instead, when Elsa hits that iconic “Let it Go” lyric, it sounds way off, and honestly, quite horrifying.

You can listen to the video yourself by watching it below, or by clicking here.

If you have never seen Frozen, the official synopsis reads:

Walt Disney Animation Studios, the studio behind “Tangled” and “Wreck-It Ralph,” presents “Frozen,” a stunning big-screen comedy adventure. Fearless optimist Anna (voice of Kristen Bell) sets off on an epic journey—teaming up with rugged mountain man Kristoff (voice of Jonathan Groff) and his loyal reindeer Sven—to find her sister Elsa (voice of Idina Menzel), whose icy powers have trapped the kingdom of Arendelle in eternal winter. Encountering Everest-like conditions, mystical trolls and a hilarious snowman named Olaf, Anna and Kristoff battle the elements in a race to save the kingdom.

Do you own this Elsa ornament? How do you feel about the singing? Let us know in the comments below.