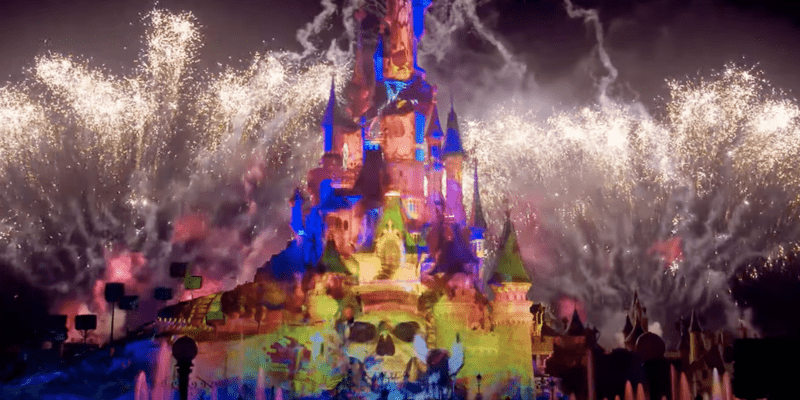 Disneyland Paris Resort has been getting back to normal while still finding ways to navigate the ongoing pandemic. We have seen the Resort take massive strides in terms of remodeling for the 30th anniversary as well as the overall longevity of the Park.

When it comes to their nighttime spectaculars, we have seen a few returns, such as Mickey’s Magical Fireworks, and starting on December 21, Disney Illuminations nighttime spectacular will return. DLP Dream (@DreamDlp) has reminded Guests of the news on Twitter as we encroach on the date, stating:

See you on December 21 to witness the great return of the Disney Illuminations show at Disneyland Paris!

This show is a fan favorite displayed on the Sleeping Beauty Castle, which has also been newly refurbished! The show is described as:

If you want to check out the show, you can see it below!

Walt Disney Studios is adding a massive addition that will include Star Wars, Marvel, and Frozen, as well as their very own Avengers Campus, which will be the first section to open in the Park. One of the biggest changes that we have seen is on Sleeping Beauty Castle, which was covered by a box facade for months. Recently, Disney began to uncover the castle to reveal a stunning, magical masterpiece.

Are you excited to see Illuminations return to Disneyland Paris?