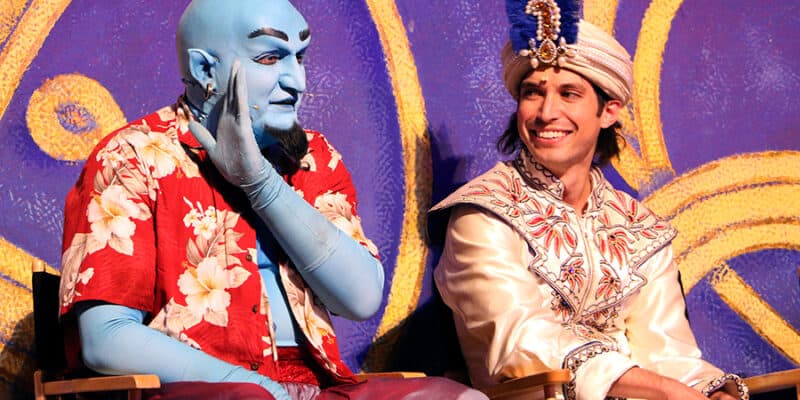 Disney’s Aladdin: A Musical Spectacular was a Broadway-style show based on Disney’s 1992 animated film Aladdin at Disney California Adventure. Disney entertainers burst out into song and dance as they told the story of the animated film, Aladdin. However, the show closed in 2016 and was replaced by a musical stage show inspired by Disney’s 2013 animated film Frozen.

Despite the show closing, former Disney entertainer Dylan White (who played Genie in Aladdin: A Musical Spectacular) is very active on TikTok and loves sharing some behind-the-scenes stories. This one tells the story of how he made Jafar actually break character mid-show, which made everyone laugh!

Related: Popular Aladdin Show Once Nearly Saw Aladdin and Jasmine Fall Off of the Magic Carpet

As you can see in the TikTok video below, White explained that Lance Roberts was leaving the show to go to Broadway, so he decided to have some fun with Roberts before he left by bringing out all the best gags he had up his sleeve. Check out part one below, where you can see Roberts break character slightly:

But in part two, White (Genie) didn’t hold back and really got Roberts (Jafar) to break his character on stage. Check it out here:

It’s always entertaining seeing the actors really have fun and have this amazing chemistry both on and off stage. That chemistry is what makes Disney production stand out from the rest!

Were you able to ever watch Disney’s Aladdin: A Musical Spectacular at Disney California Adventure? Did you ever see someone break character? Let us know in the comments below.