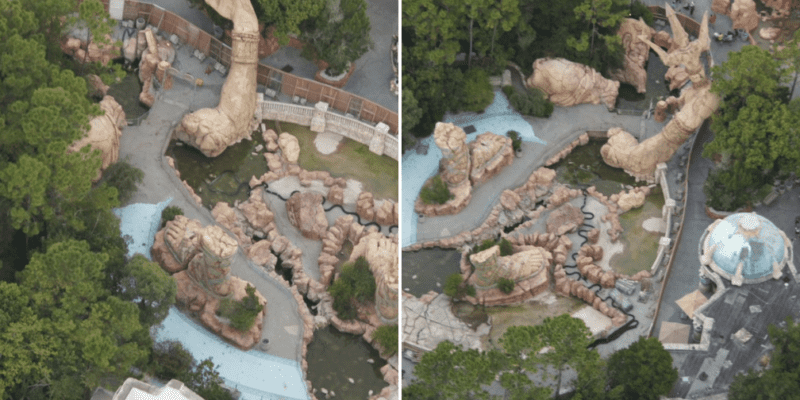 Although not many attractions at Universal Orlando Resort are under refurbishment, a major offering has been closed for quite some time now.

Since the pandemic, Poseidon’s Fury has been undergoing extensive refurbishment and has not reopened at Islands of Adventure. The attraction looms over The Lost Continent, which is a stunning land architecturally but offers little to Guests.  The Eighth Voyage of Sinbad, a theater show that the land had, closed before the pandemic leaving Poseidon’s Fury alone to entertain Guests. When the ride is active, it is a walk-through attraction that quickly blows Guests’ minds as they walk through and dive deep into the storyline.

At the moment, the ride is being refurbished, although we do not know exactly what is being done. There are construction walls surrounding the attraction, and Universal has not noted if the changes to the ride will be major or minuscule. Although we cannot see what is happening instead of the attraction, we can check out the outside thanks to Bioreconstruct’s aerial shot of the refurbishment. 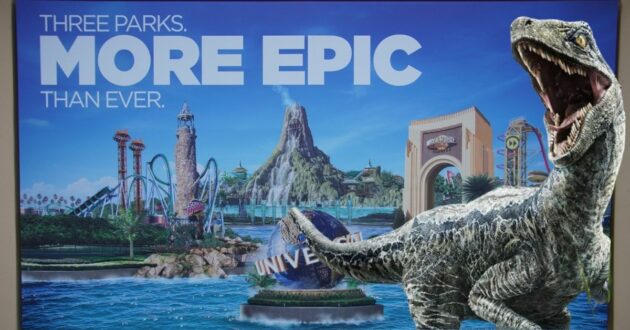 Since construction walls are not only blocking off the internal entrance to the attraction but the giant facade as well, it seems likely that work is being done on the outside, too. The below photo shows that some water has been drained, but the attraction’s walk-up sill looks similar to what we have always known.

Universal has not announced a new attraction in its place at the moment, and since the facade seems to remain untouched, it seems unlikely that the ride will be removed completely, but rather, some updates and maintenance will be done. Another attraction that will be undergoing maintenance for an extended period of time in 2022 is Revenge of the Mummy at Universal Studios Florida.

Stay tuned to Inside the Magic for the latest updates on everything Universal!

What do you think needs to be done to this attraction? Let us know in the comments below.