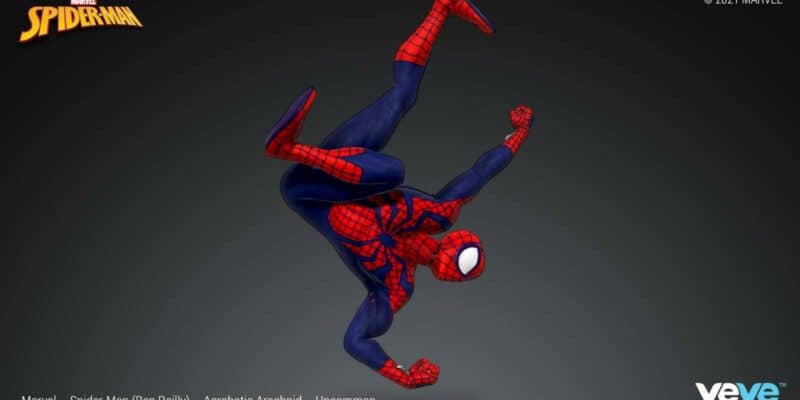 Later this week, New York Comic Con will kick off and Marvel and VeVe want to make sure their fans are able to snag some incredible goodies, whether in person or virtually!

It was announced today that the companies will be releasing digital merchandise in waves that will only be available on the VeVe app for 24 hours. VeVe can be downloaded on either the Apple App Store or Google Play Store. The app was made for people who love collectibles and want to be able to have them on their person at all times. Marvel is no stranger to surprises for their fans

This is not the first time Marvel has dropped exclusive items for New York Comic Con. Back in 2017, they revealed four exclusive posters for TV series that could only be found at the event.

“In celebration of New York Comic Con later this week, Marvel and VeVe are back with a full slate of exclusive merch you can snag whether you’re in the Big Apple or afar!

Starting Thursday, October 7 through Sunday, October 10, there will be an exclusive drop each day:

For the digital comic release of DAREDEVIL #1 and THANOS #13, each comic’s full issue is readable within the VeVe app and sold in blind boxes. Each digital comic will have FIVE versions of rarity including Rare & Ultra Rare variant covers, which are VeVe Exclusive.

Each item will be available in the VeVe app for only 24 hours, or until sell out. So act fast!”

It is noted that on the application, fans can even display their incredible collections through a virtual showroom that is completely customizable to their choosing.

As we previously reported, superhero mogul and Marvel legend Stan Lee made his final appearance at New York Comic Con back in 2016. However, the event makes sure that the legend is honored every year because without Stan, there would be no marvel. Stan lived an incredible life touching the hearts of millions with his creativity and his work that continues to explode in popularity. Stan passed away at the age of 95 back in 2018 in Los Angeles.

Will you be downloading VeVe to snag the time-sensitive goodies? Be sure to let us know in the comments!