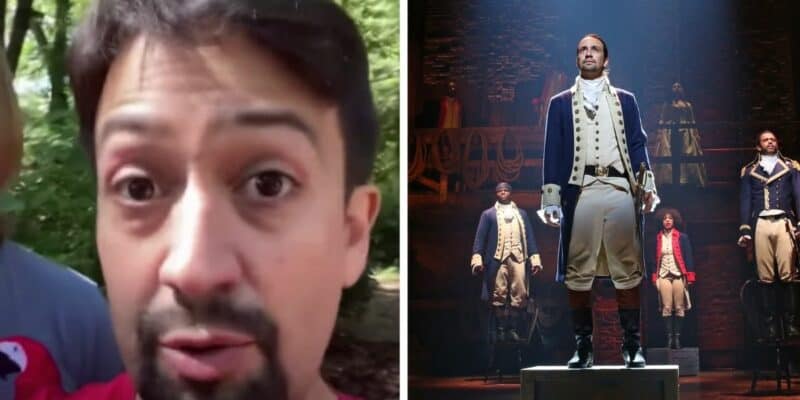 If you are going to skip history class, you probably need a pretty good excuse to ensure you are not going to get in trouble with your teacher. Luckily, high schooler Luke Stevens had the best excuse ever.

Luke Stevens recently skipped his U.S. history class so that he could have lunch with Lin-Manuel Miranda. As you may know, Miranda is known for many roles, from starring in Mary Poppins Returns to Moana, plus his Broadway resume is extensive and impressive. To many, he is most well known for creating and starring in Hamilton, a rap musical that dives deep into U.S. history.

Stevens’ teacher did not believe him when he said that he was skipping class to hang with Miranda, and once Miranda heard, he quickly shot an apology video to share with Luke’s teacher. Miranda apologizes for stealing Luke and promises to go over the Bill of Rights with him during lunch in the video. Luke’s teacher uses the Hamilton soundtrack during her lessons and was likely very shocked and excited to see that Luke was not lying!

In the video, Lin stated:

“This is Lin-Manuel Miranda. I’m sorry he can’t be in U.S. History class right now, but he’s with me. We’re gonna go over the Bill of Rights, and anything you may be covering right now. We cover a lot in about two-and-a-half hours of Hamilton, but we’re gonna go over it in specifics now. So this is not lost time.”

If you want to take a look at Lin-Manuel Miranda’s apology video, you can watch it below.

It seems that Lin-Manual Miranda was in town for a charity event that Luke’s mom was hosting. As we can see in the video, Luke is clearly excited to be spending time with Lin!