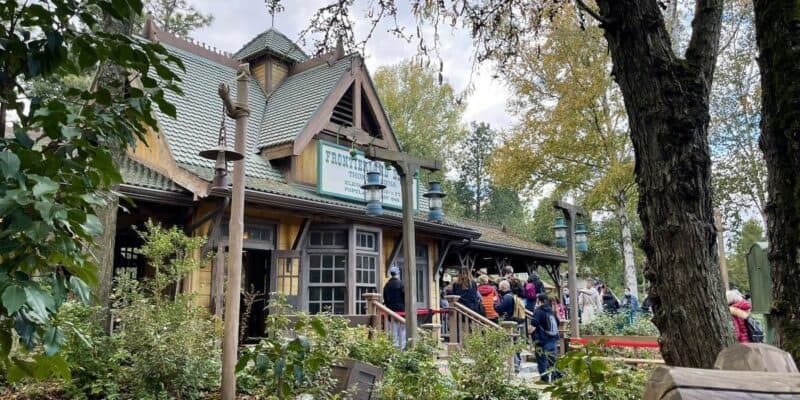 One aspect about many of the Disney Parks that make them feel inherently like a Walt Disney creation is the use of railroads in the Parks. Having a railroad to transport Guests around the Park was something Walt created for Disneyland due to his love for trains, and then, was an aspect we saw recreated in several other Disney Parks.

With the reopening of the Frontierland Theater, Frontierland Depot has also reopened! Nice to see the Disneyland Railrod stop here again.

🚂 With the reopening of the Frontierland Theater, Frontierland Depot has also reopened! Nice to see the Disneyland Railrod stop here again. pic.twitter.com/3JXecKOfxN

Disneyland Railroad Frontierland Depot: Come Along for the Ride!

Embark on a relaxing 20-minute Grand Circle Tour onboard an authentic steam-powered train.

Listen to the clamor of the engine, the chug of the wheels and the call of the whistle as you travel aboard the Disneyland Railroad. Offering convenient stops at Fantasyland®, Discoveryland and Main Street, U.S.A®, it’s the perfect way to preview the magic of Disneyland Park and take in the picturesque scenery, such as the Grand Diorama, Indiana Jones and the Temple of Peril and Pirates of the Caribbean.

Disneyland Railroad is also a handy way to get around quickly and easily. And because the trains are scheduled to arrive regularly throughout the day, you’ll have just enough time to take in all the sights at your station before you board.

Considering the Disneyland Railroad is such an iconic attraction in the Park, it is great to see that it is once again transporting Guests!

When do you think that Walt Disney World will reopen its Railroad attraction? Let us know in the comments below.