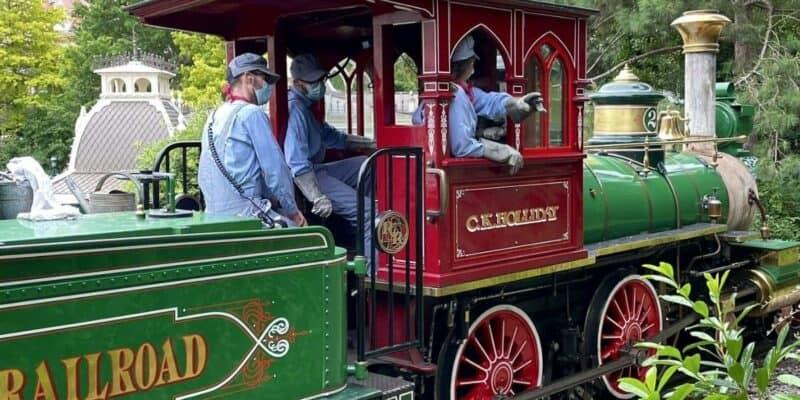 Disneyland Paris recently brought back Engine #2, also known as the C.K. Holliday, as it can once again give Guests the Grand Circle Tour. Per DLP Report on Twitter:

Engine #2, the C.K. Holliday is back on the Disneyland Railroad tracks:

🚂 Engine #2, the C.K. Holliday is back on the Disneyland Railroad tracks: pic.twitter.com/zuA4JLkftS

Related: Castle Stage Will Soon Look MUCH Different at One Disney Park

It is great to see the C.K. Holliday back on the railroad tracks at Disneyland Paris and taking Guests on the Grand Circle Tour of the theme park.

The C.K. Holliday is one of four train engines at the theme park, which Disneyland Paris describes as:

The man who built the Santa Fe railway—commonly seen as a vacation train. The cars are named after popular resorts: Coney Island, Atlantic City, Chesapeake, Long Island and Niagara Falls.

The official description of the Disneyland Paris Railroad reads:

Disneyland Railroad: Come Along for the Ride!

Embark on a relaxing 20-minute Grand Circle Tour onboard an authentic steam-powered train.

Listen to the clamour of the engine, the chug of the wheels and the call of the whistle as you travel aboard the Disneyland Railroad. Offering convenient stops at Frontierland®, Fantasyland® and Discoveryland, it’s the perfect way to preview the magic of Disneyland Park and take in the picturesque scenery, such as the Grand Diorama, Indiana Jones and the Temple of Peril and Pirates of the Caribbean.

Disneyland Railroad is also a handy way to get around quickly and easily. And because the trains are scheduled to arrive regularly throughout the day, you’ll have just enough time to take in all the sights at your station before you board.

At this time, keep in mind that we do not yet have a reopening date for the Walt Disney World Railroad, but Inside the Magic will update you as we get information.

Is the Disney Railroad a must-do for you and your family? Let us know in the comments below.