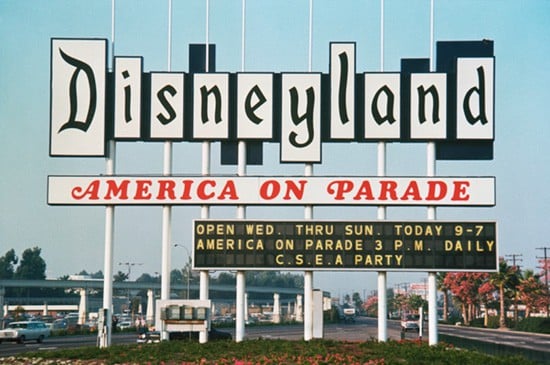 Disneyland has been known as The Happiest Place on Earth for decades. Soon, Disney fans will be able to see how Walt Disney’s original Disney theme park came into fruition.

According to Deadline, David Gordon Green has been appointed the director of an upcoming film at Disney Studios that will release on Disney+ telling viewers about Walt Disney and his quest to open Disneyland, the beloved theme park he created that has gone on to touch the hearts of millions and produce die-hard fans around the world. Disney is still on a hype train following the release of their Walt Disney World 50th Anniversary Special that debuted on ABC earlier this month.

Gordon is a powerhouse director who most recently directed Halloween Kills, which is the sequel to the 2018 Halloween film, which is the highest grossing Michael Myers film of all time, bringing in a whopping $255.6 Million. It is no surprise Disney brought him on board because if there is one thing Disney is used to, it’s a major million dollar release weekend. Allison Erlikhman will oversee the project, and Evan Spilotopoulus has been appointed a writer for the film and is an asset to the company. Calvary Media’s Jason Reed, Dana Brunetti and Matt DelPiano will produce the film.

Evan Spiliotopoulos, who has a history writing on such Disney projects as The Jungle Book 2, Pooh’s Heffalump Movie, Tinker Bell and the Lost Treasure and the $1.26 billion-grossing live-action reboot of Beauty and the Beast, is set to write. Cavalry Media and producer Jason Reed spent a year developing the pitch before bringing it to Disney.

Disneyland opened its doors to the public on July 17, 1955, and is historically known as the only Disney theme park that was built under the guidance of Walt. Even though he created the idea for Walt Disney World, Walt passed away in 1966 before he was able to see his idea come to life, as Walt Disney World officially opened in 1971. Disneyland is situated on over 100 acres in sunny Anaheim, California. Ground broke for the amusement park in 1954, a year after he purchased the land.

Walt was heavily inspired by other people and places for the image of Disneyland:

Among Disney’s inspiration for Disneyland were Henry Ford’s Museum and Greenfield Village, which itself contained a Main Street and steamboat rides. Other muses were Tivoli Gardens in Denmark, Colonial Williamsburg, the Century of Progress in Chicago, and the New York’s World Fair of 1939. In funding the park, Disney hooked up with ABC and created a show called Disneyland, with the network co-financing the park.

Even though Walt is no longer with us, his legendary artistry and classic characters will continue to stand the test of time. Hopefully Walt is pleased to see the legacy he has left and what it has blossomed into around the world.

Are you excited to see the new Disneyland film once it is released on Disney+? Be sure to let us know in the comments!