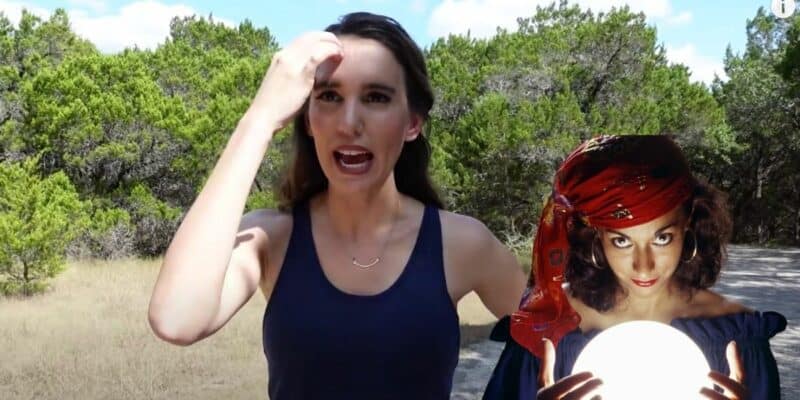 It seems that one Disney star had had quite a tough time when it came to saving and protecting her Disney Channel fortune.

Christy Carlson Romano (Even Stevens, Kim Possible, Cadet Kelly) is a very well-known Disney Channel actress who has appeared in plenty of our favorite movies and shows. Lately, we have seen Romano take to YouTube to spill all of the secrets that come with working with Disney and growing up in the Mickey Mouse spotlight.

Romano has discussed Shia LaBeouf and how she no longer speaks with him, her relationship with Hilary Duff, what she regrets, becoming sober, as well as how she lost all of the money that she earned from the company. Now, it seems Romano is ready to dive deeper into the “biggest financial mistake” she has ever made.

In one of her latest videos, Romano speaks about being approached by a psychic at her stage door when she was doing Beauty and the Beast on Broadway. Romano now thinks it was targeted, but at the moment was sad and lonely and was excited when the man told her he knew “exactly where her life was supposed to go.” Looking back, Romano does not know how she was so gullible but called the psychic.

Over time, Romano admits that she would rely on the psychic and invite her over to her private residence. She ended up taking things further with crystal therapy and meditations guided by the psychic. The psychic convinced Romano that she would rekindle a past relationship, but needed all of her blessed candles in order to do so, each of which would cost thousands. One of the candles, which she was instructed had to stay lit, ended up causing a fire in her apartment.

After paying $30,000 for a giant crystal that Romano never received, she finally realized she was being “bamboozled.” She then ended up becoming codependent on another psychic and, in the end, spent to what she said was closer to $80,000.

If you want to watch Christy talk about her psychic addiction and codependency, you can watch it below!