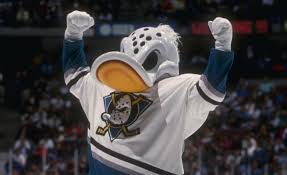 The NHL and Disney haven’t been thought of together by the average fan in years, as there really has not been much of a relationship with the pair since The Anaheim Ducks became an expansion team thanks to The Mighty Ducks (1992) movie and used The Mighty Ducks team logo.

Earlier this year it was announced that ESPN would once again cover the NHL, something that has not happened in almost two decades. This announcement brought on a wave of popularity and piqued the interest of many companies due to the relevance of Disney and its owned companies ESPN, ABC, and Hulu which will also share some game coverage for subscribers.

The NHL being shared over multiple platforms allows for advertisers to broadcast their ads and reach even more viewers, which was one thing that kept the interest of the companies. The more places NHL games are broadcasted means the more people that can see a company’s ad.

Even after switching television broadcasting companies from NBC to ESPN, a majority of the NHL’s advertisers decided to stay put and move all of their ads over to ESPN. Some of the companies that kept their relationship with the NHL are Apple, Dunkin’ Donuts, Verizon, EA Sports, Lexus, Subway, and Fidelity.

With the NHL now being on ESPN, executives have produced the most-watched season opener in history. In a press release on the ESPN Press Room, Disney’s Advertising Sales President, Rita Ferro, stated:

“As we embark on a new era in sports with the return of the NHL on Disney, our diversified and unique offerings provides greater reach for brands and our viewers, than anywhere else…We’re delivering must-watch content, across every screen and platform, reaching sports fans of all types, everywhere they are.”

As of now, the remaining ad slots to be filled are during the Stanley Cup playoffs and finals, which are prime spots for advertisers.

Along with television ads, there are plenty of other advertisement opportunities in the NHL. One in particular that is new to the NHL is advertisements on team uniforms. Other countries and leagues have already been using this method for some time now to help bring in more revenue. NHL teams can begin wearing logos during the 2022-2023 season.

It will be interesting to follow how ad sales play out for Disney regarding the NHL. So far, it seems like they will be reaching the projected goal of $100 million in ad sales; however, they may very well make more as the season continues and new opportunities for advertisers arise.

What are your thoughts on the ESPN, ABC, and Hulu deal for the NHL? Do you think the platform move to ESPN was beneficial for advertisers? Let us know in the comments!