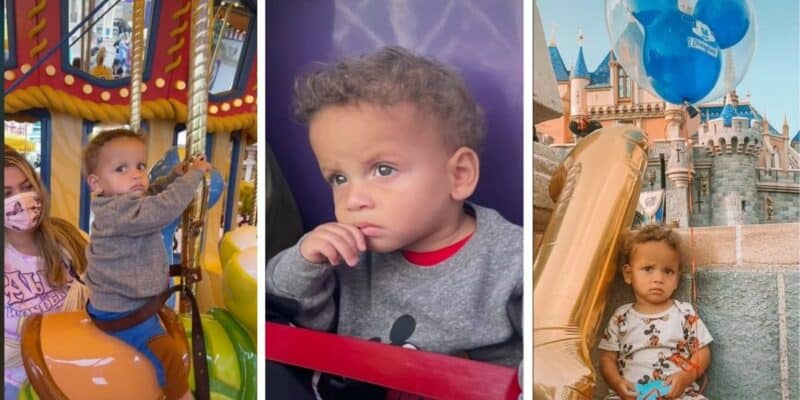 Whenever you see a child at a Disney Park, typically, they have a giant smile on their face and are incredibly excited.

Time and time again, we have seen trip reveals that parents would announce to their children, where the kids would cry with excitement knowing they are going to Disney. Of course, there are certain outliers such as “Side-Eye Chloe,” a young girl who reacted so hilariously unexcited to news of a Disneyland vacation that she became a meme that would later sell for over $70,000.00.

So, if we look at the argument on whether it is worth taking your young child to Disneyland, or Disney World, as they may not remember it in the future — it typically bodes to be worth it for the parents if they can see their young one experience such joy. But what happens if they look miserable the entire time?

TikTok family The J Family (@jfam.ily) have recently blown up the internet after posting a video of their son looking like he had a million other places to be rather than Disneyland. The TikTok is set up perfectly, beginning with mom Myley in front of the castle as “People say it’s a waste to take babies to Disney” pops up on the screen in writing, following, “But it was so worth it to see the magic in his eyes.”

Then, the video goes into a montage that has viewers cackling as her one-year-old son constantly seems unhappy, tired, or bored while at Disneyland. Check it out for yourself below; I personally love the Mamma Mia instrumental that accompanies the montage.

he really felt the disney magic

he really felt the disney magic ✨🥰

♬ slipping through my fingers – favsoundds

The video has gone viral with over 1 million views on the video, and thousands of comments that cannot get enough of the young boy’s less-than-amused reactions to being in the Happiest Place on Earth.

What do you think of this hilarious TikTok? Let us know in the comments below.