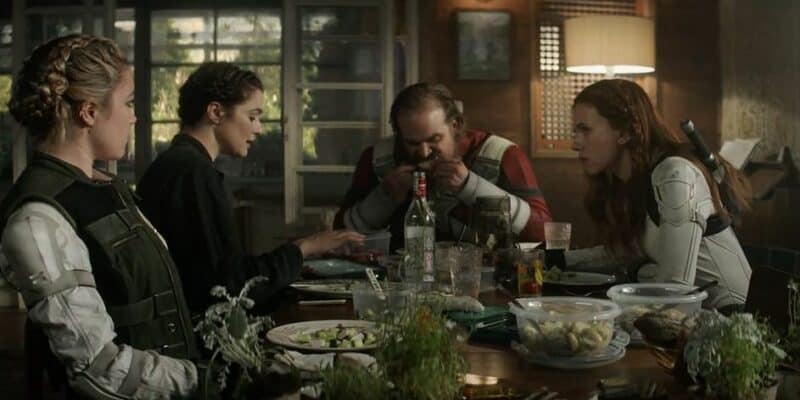 Black Widow is undoubtedly one of Marvel’s most chaotic releases and situations in recent years.

Most recently, the film made headlines due to the star actress of the film, Scarlett Johansson, filing suit against Disney due to an alleged breach of contract regarding her pay. According to The Hollywood Reporter, Johansson was glad to have finally resolved the issues regarding the release of the film.

“In her complaint, Johansson said the Marvel tentpole had been guaranteed an exclusive theatrical release when she signed her deal. She alleged that her contract was breached when the film was simultaneously released on Disney+.

As the coronavirus pandemic wreaked havoc on Hollywood over the past 18 months, Black Widow was one of many big-budget movies, also including Warner Bros.’ Wonder Woman 1984 and Disney’s Cruella and Jungle Cruise, that bowed simultaneously on streaming and in theaters. But to date, Johansson is the only major movie star to sue.”

Now that the drama around the controversial film is starting to wind down, director Cate Shortland spoke with Empire about the movie and how a certain scene was fought for by Marvel President Kevin Feige, who ultimately got what he wanted. The scene in question is the dinner scene of the film that includes all four members of the “family” gathered at the table (‘Natasha Romanoff’ (sister) played by Scarlett Johannsson, ‘Yelena Belova’ (sister) played by Florence Pugh, ‘Melina Vostokoff’ (mother) played by Rachel Weisz and ‘Alexei Shostakov (father) played by David Harbour) pointing light at their strained relationships and their assigned duties. Shortland stated how she was able to make the scene work in the film.

“But that was a scene he really felt needed to be in the film, and Scarlett and I kept fighting him on it, saying, ‘How will this ever work?’ But it became a very alive thing. You’ve got this bunch of people shipwrecked together, who are still desperately trying to cling onto the roles that they had in Ohio, because that’s all they know. That’s all they have. And it’s beautiful for me.”

It is refreshing to see Kevin Feige speak with an appreciation for the film, considering at one point, he was embarrassed about Disney’s handling of the film and the lawsuit around the whole production. He vouched for Johansson profusely and urged Disney to make things right regarding the loss of revenue. Black Widow had an $80 million opening weekend, however, it had the most extravagant crash in the Marvel Cinematic Universe. This can mostly be blamed on the handling of the release of the film and the apparent miscommunication.

Were you a fan of the dinner scene in Black Widow and felt it was a good scene to keep? Be sure to let us know in the comments!