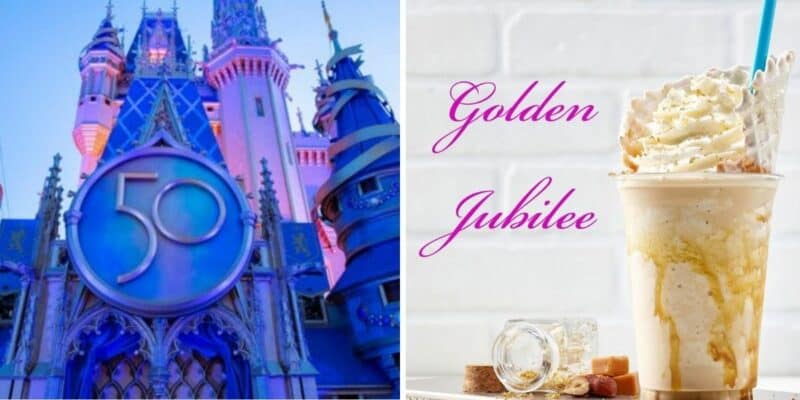 If you have a sweet tooth and want to celebrate Disney’s 50th anniversary in a big way, you can actually eat gold in your ice cream!

You read that right; Vivoli il Gelato, which is located in Disney Springs is offering an all-new dessert for Disney’s 50th anniversary called the Golden Jubilee. The dessert will include a white chocolate hazelnut gelato shake with a waffle cone, caramel sauce, whipped cream. On top, Guests will notice golden sprinkles but beware; you will be ingesting 23 karat gold! Don’t worry, the sprinkles are edible so that you will be perfectly safe indulging.

Vivoli il Gelato (@vivoligelateria) has taken to Instagram to show off their latest creation, and it looks delicious.

It seems that adding gold to everything at Disney World has become the thing to do! At Magic Kingdom, we have seen a tonne of golden accents added to Cinderella Castle. On Main Street, U.S.A. Guests will be able to see gold accents on the light posts as well as the clock. Disney Princess Fairytale Hall now has a 14 karat gold plated sign, as well as Prince Charming Regal Carrousel.

Disney’s 50th anniversary celebrations begin on October 1 at Walt Disney World Resort and will last 18-months. However, this ice cream special may not have the same longevity, so be sure to pick yours up as soon as you can!

Would you eat this ice cream shake?