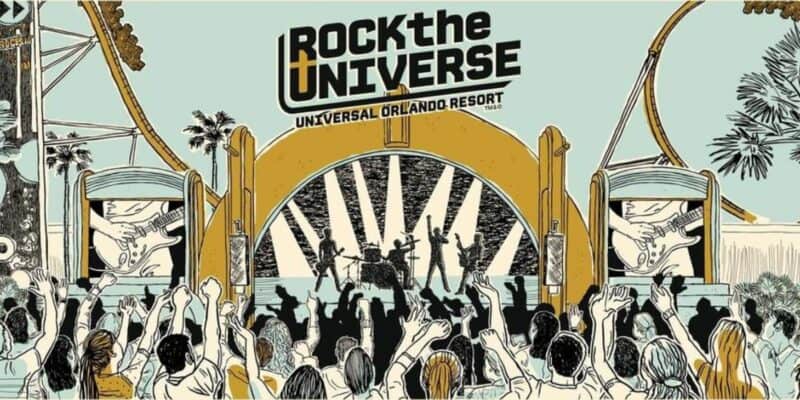 Beginning January 28 until the morning of January 30, 2022, Universal Orlando Resort will host Florida’s largest Christian music festival — Rock the Universe. The event will begin at 4 p.m. each day and last until 1 a.m on both January 28 and January 29. The event was canceled in 2021 due to the COVID-19 pandemic, but is now back and bigger than ever.

Universal Orlando has now released more details on the event, including an impressive music lineup.

Rock the Universe is an event that caters to people of all ages and will feature a number of events during each of the eight-hour nights. The following musical acts were announced for night one — January 28 — of Rock the Universe.

On January 29, even more musical acts are performing at Rock the Universe. Here is the lineup for the second night of the festival.

While the main draw for attendees will be the music and the worshiping, there are a number of other activities that Guests can take part in. Guests can purchase a 2-Park Rock Your Weekend Ticket, which will not only give attendees entrance to Rock the Universe, but they will also be able to visit either Universal Studios Orlando or Islands of Adventure each day. Other tickets available just give entrance to Rock the Universe for one or both nights.

Tickets are now on sale for Rock the Universe and can be purchased either by clicking here or by visiting the Universal Orlando website.

Will you be attending Rock the Universe? Which band are you looking forward to seeing most? Let us know in the comments!

Comments Off on Universal Reveals Rock the Universe Details