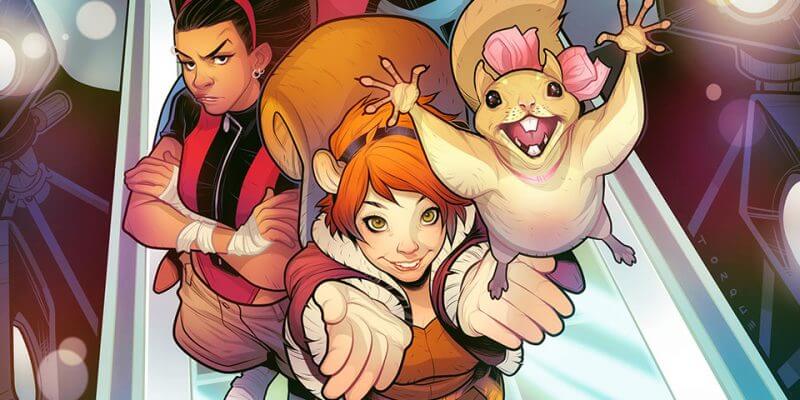 If you were ever looking forward to Marvel’s New Warriors show, which shot in 2017 but was then never aired and canceled by 2019, we just learned of some developments that explained why the show was canned — and it is shocking.

Kevin Biegel, the creator of the Marvel comic show, went on a Twitter rant late last night spilling all of the tea from the show and why he thinks the show was canned. Interestingly enough, just a few short hours later, the Tweets have been deleted even though in one of those Tweets, he stated:

F- it, I’m not deleting s**t. I love our characters. I love Marvel. I love, love, love the New Warriors, in all their forms. This show would make the world better, even a little bit. Thanks for following all my bs posts. We love you.

Clearly, Biegel did not intend on deleting everything he had to say. Still, from my personal speculation, it seems likely that someone from Marvel gave him a call considering he was posting behind-the-scenes photos from the show and pointing the blame for the show’s cancelation.

The Twitter rant began with Biegel stating, “Feelin frisky. May do something uncouth.” A new post explained the direction of where these Tweets were headed:

“There’s a show we wrote a few years ago. It was very proudly gay. A singular power that be killed the show. Because it was too gay. A rich, straight, Brentwood turd. He got fired for being vile at his company. We, on the other hand, live. #NewWarriors.”

As we can see from the hashtag, Bigel is referring to the cancelation of New Warriors. From Biegel’s words, we can see that allegedly, the show was canceled due to one executive who has now been fired who thought the show was “too gay.” Biegel went on to Tweet photos of the show, including the costume of Squirrel Girl, which is all deleted and unavailable now.

“If this was a ‘the show was crap’ situation, I’d totally shut up and never speak. Unfortunately, this was a ‘high level exec with an agenda’ situation. He got fired. I still miss our show. I have nights where I can’t fall asleep because I get so mad we couldn’t have characters say stuff like this — because of one exec who thought we were making a show that was ‘messy,'” he continued, sharing an excerpt from a New Warriors script. “Sorry. Not sorry. [New Warriors] woulda been really great. I wish we could’ve given it to y’all.”

In the following Tweets, Biegel addressed his love for the show’s fans, even though it never made it to air. He also once again pointed out that it was one executive who had the show cut.

So why were the Tweets deleted if Biegel clearly wanted to divulge all of this information? As I mentioned, I speculate that he received a call to remove them as he was sharing information with the public that he may have been contracted not to do when he was working on the show. With Marvel moving in a direction that is much more welcoming to the LGBTQ+ community, especially in the comics showing stronger representation, this allegation is unfortunate if true.

For now, New Warriors remains canceled, and it looks like there is clearly someone who is trying to erase its existence altogether.

What do you think of this New Warriors Twitter story? Let us know in the comments below.