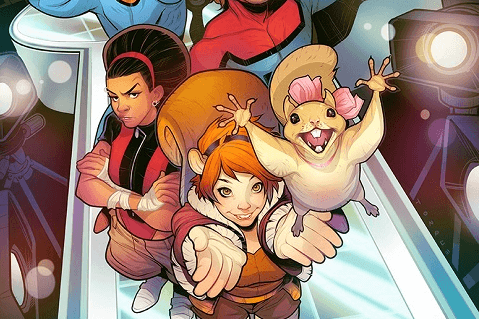 Marvel’s New Warriors, a half-hour scripted comedy set to air on Freeform, is no longer airing on the Disney-owned network.

The series was picked up by Freeform in April and despite reportedly getting positive feedback from Disney executives, the network was unable to find a spot on the schedule for the show. Marvel is now looking for a new home for the series on other networks. “New Warriors” is unlikely to move to Disney’s upcoming streaming subscription service.

“We are extremely excited about Marvel’s ‘New Warriors’ and look forward to finding the perfect partner to launch the series within 2018,” said Dan Buckley, president of Marvel Entertainment.

The pilot for the 10-episode series stars Milana Vayntrub as Squirrel Girl and Derek Theler as Mister Immortal. The show is about six young people learning to cope with their newly discovered superhero abilities. The series also stars Jeremy Tardy as Night Thrasher, Calum Worthy as Speedball, Matthew Moy as Microbe, and Kate Comer as Debrii.