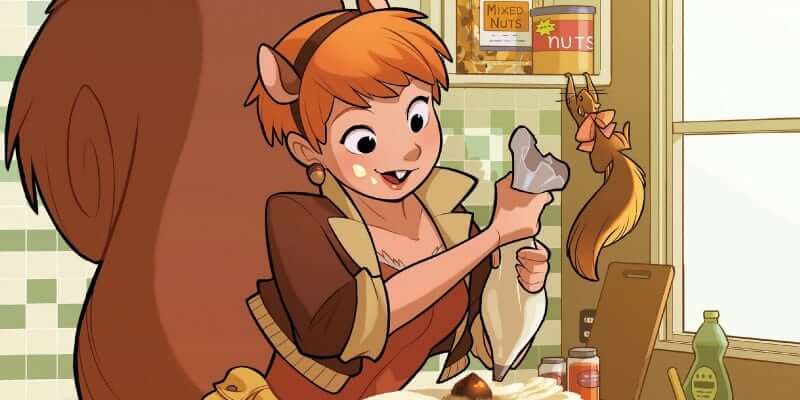 Squirrel Girl is officially making her way to TV screens. Marvel’s “New Warriors” series is set to debut sometime in 2018 and Squirrel Girl will be leading a crew of six young aspiring superheroes as they navigate the tough world of being a teenager with superpowers. The rest of the featured characters have yet to be announced.

The series will be a live-action, half-hour scripted comedy produced by Marvel Television and ABC Signature Studios. So far 10 episodes have been ordered straight to series.

No casting announcements have been made, but Shannon Purser (who played the beloved Barb on “Stranger Things”) has expressed interest in the role of Squirrel Girl. What’s your dream casting for Squirrel Girl and the “New Warriors”?