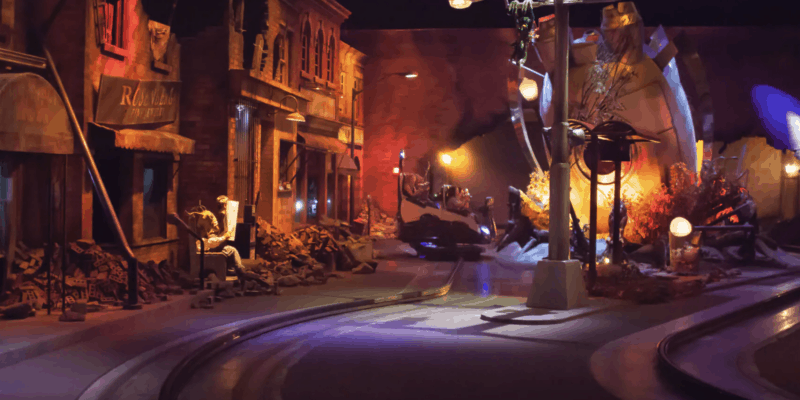 When Guests board a Universal Orlando Resort attraction, they rarely will not ride the ride from beginning to end, but of course, there are always exceptions to the rule.

No matter what theme park you are at, there will always be technical difficulties that both Guests and the Park itself will have to encounter and deal with. We have seen Disney World undergo many temporary closures in the past, as well as a multitude of evacuations where Guests were escorted off their ride vehicle by Cast Members.

At Universal, this happens as well. Recently, we have reported evacuations on Hagrid’s Magical Creatures Motorbike Adventure, as well as Harry Potter and the Forbidden Journey. Now, it seems that the aliens over in Universal Studios Florida’s MEN IN BLACK Alien Attack attraction have been causing some interruptions in the attraction’s ride experience. Inside the Magic reader, Lori C. spoke to us about a recent evacuation on the attraction.

When the ride came to a stop, the Guests were alerted that things would resume shortly. After they did not, Lori mentioned that they were told that “agents” were on the way to rescue them — which is very fitting to the attraction’s theme. Lori was able to get a closer look at the details of the attractions after walking out of the attraction, and was given a single-use Express Pass for her troubles. Lori mentioned that the Team Member who came to her “rescue” was in character as an “undercover agent” who wanted to make sure that they were safe, since it was too dangerous with the increase of aliens in the town, to allow them to continue!

Wipe Out the Scum of the Universe.
New York has been hit by an epidemic of aliens and it’s up to you, Agent Trainee, to blast them into oblivion. Use your laser gun to zap those little suckers and rack up points before they zap back at you, sending your car spinning out of control. With the fate of the Earth in your hands, you’ll become a full-fledged MEN IN BLACK™ agent.

Because the attraction is a simple point-and-shoot ride with a flat surface, the evacuation was quite simple. Guests did not need to be brought to a specific area for evacuation, as we have seen on Harry Potter and the Forbidden Journey, which leaves Guests airborne.

What ride would you like to be evacuated from at Universal, if you had an option?