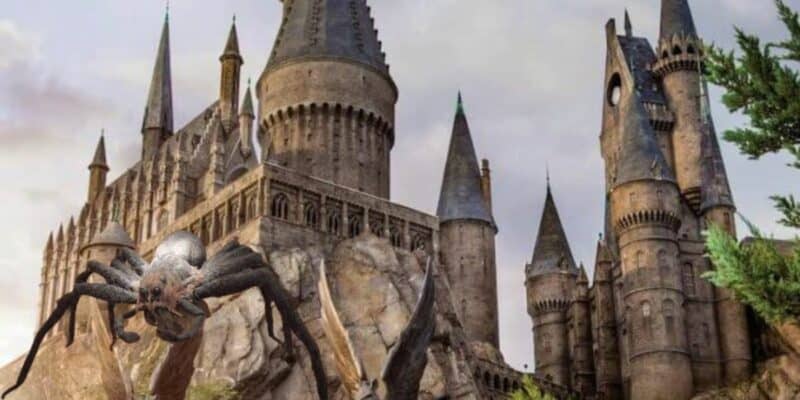 When Guests ride any attraction at any theme park, typically, they will experience it as its creators intended. But sometimes, things can go awry.

We often talk about how Walt Disney World Resort and Disneyland Resort attractions can temporarily close from time to time. When this happens, Guests are not able to ride or get in line for the attraction. At times, a ride can break down while Guests are aboard a ride vehicle, and if Disney cannot get the attraction moving again so that Guests can safely exit off the loading/unloading platform, they will send in Cast Members to evacuate the Guests.

Of course, just as attraction breakdowns happen at Disney World, unexpected ride closures and breakdowns can occur at Universal Orlando Resort, as well! Universal Studios Florida and Islands of Adventure both have many rides running each day, so slight malfunctions are bound to happen from time to time. We recently spoke about how Harry Potter and the Forbidden Journey got stuck, leaving Guests in an upside-down position for 20 minutes and on the ride for 45 minutes. As we mentioned in that story, Universal Orlando Resort handled the situation with great care, ensuring all Guests were safe while they evacuated them.

Harry Potter and the Forbidden Journey is an attraction that swings Guests in the air while they are onboard the ride vehicle, so when an evacuation has to happen, Guests are not as easy to evacuate as they would be on an attraction like The Cat in the Hat.

Recently, another Universal theme park Guest spoke with Inside the Magic about an incident on the attraction from earlier this week. A family of four who was traveling in from Ohio geared up from their Cabana Bay Resort room for a fun-filled day at Islands of Adventure.

The members of the family are all big Potter-heads, so the Wizarding World of Harry Potter was no brainer when it came to where to go first in the theme park. Harry Potter and the Forbidden Journey was a 15-minute wait at the time, so the group went on the attraction with excitement, as this was their first time riding. Things were going great until the Forbidden Forrest scene began.

If you have ever been to the attraction, you know one of the most terrifying parts of it is Aragog, the giant spider that Guests encounter face-to-face with as it spits at you. Personally, even after riding the attraction many times over the years, I still tend to close my eyes when spider-time rolls around.

Usually, Guests only encounter the spider for a few minutes, but in the case of our Ohio family, the ride stopped just as they landed in front of the massive creature. One person in the group has a terrible fear of spiders, so they said this was the worst spot imaginable for the family to get stuck. The work lights turned on, and after nearly an hour-long breakdown, the ride began slowly moving, unloading all of the Guests as they arrived back at the loading platform.

The family ended up receiving Express Passes from Universal due to the breakdown that they experienced, and they all laughed about it later, although one member admitted to keeping their eyes closed for the full hour while they were stuck in front of the giant spider. They were able to ride the attraction later that day just as it was intended to be experienced, and they all loved the experience the second go around.

What would you do if you were stuck in front of a giant hairy spider for one hour while suspended in the air? Let us know in the comments below.