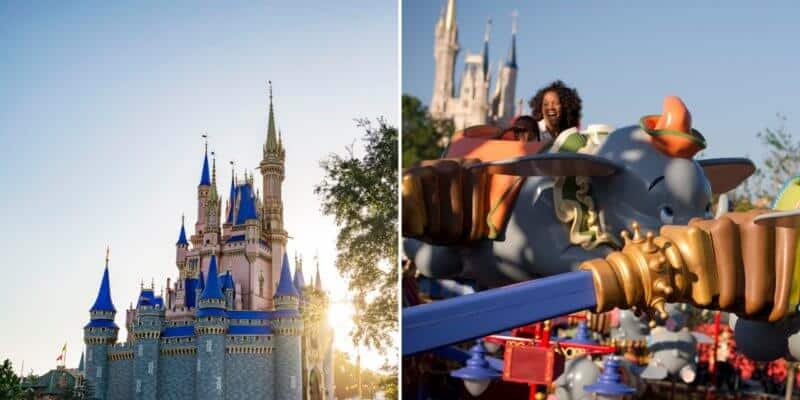 Lately, Disney World has seen many changes come to its theme parks. From the announcement of Disney’s Magical Express coming to an end, and Magic Bands no longer a complementary perk for staying at a Disney Resort — long-time Disney fans have a lot to get used to. Before the pandemic, Disney World had Extra Magic Hours for Resort Guests, a perk that was announced to be replaced by Early Theme Park Entry. Now, we have a debut date for this NEW Disney World perk!

Related: Without Magical Express, Here’s How To Get To Disney World

If you are wondering what exactly Early Theme Park Entry is, it’s a new complimentary perk for Disney Resort Guests that is available every day at all four theme parks (Magic Kingdom, EPCOT, Disney’s Animal Kingdom, and Disney’s Hollywood Studios). Now, Disney Resort hotel Guests (and the Guests at other select hotels that offer similar Disney World benefits) will get to enter any theme park 30 minutes before opening time on any day of their vacation.

Early Theme Park Entry begins today! Early Theme Park Entry will officially begin on October 1 for the 50th anniversary celebration, but Disney has allowed the offering to soft open today. If you are a Disney Resort Guest, you will now have the option to get on those E-ticket attractions such as Seven Dwarfs Mine Train or Avatar — Flight of Passage even earlier before the regular day crowds arrive.

Early Theme Park Entry: We know how much guests enjoy extra park time, so coming later this year as part of our 50th anniversary celebration, Disney Resort hotel guests and guests of other select hotels will be able to enjoy more fun with 30-minute early entry to ANY theme park, EVERY day. It’ll be a great way to get a jump start on your Disney day, no matter the day! As a reminder, the Extra Magic Hours benefit was suspended when Walt Disney World Resort reopened last summer, and as we continue to manage attendance with health and safety top of mind, Extra Magic Hours will not return. The new early theme park entry benefit helps us better spread visitation across all four theme parks, while providing added flexibility by giving guests extra early park time on each day of their vacation and in the park of their choosing. Please note that guests need valid admission and a park reservation made via the Disney Park Pass system to enter a theme park.

Extra Magic Hours would allow Disney Resort Guests to stay either 1-hour later in the parks or earlier, depending on what was scheduled by Disney for that day. Although an hour is longer than 30 minutes, the new perk offers early entry to every Park, every day, whereas Extra Magic Hours was selective on that front.

Below are the participating hotels for Early Theme Park Entry at Walt Disney World Resort:

Let our pals over at Academy Travel help you plan your next trip to any of Disney World’s four theme parks — Magic Kingdom, EPCOT, Disney’s Animal Kingdom, and Disney’s Hollywood Studios!

Do you think you will take Early Theme Park Entry in advance, or do you prefer Extra Magic Hours?