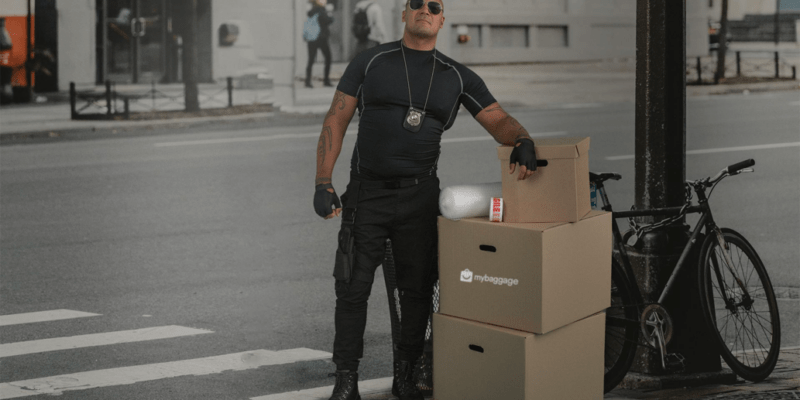 If you are a fan of Dwayne Johnson, we have some pretty spectacular news for you!

The site markets the “The Rock” package as if Guests will actually have Dwayne Johnson moving their boxes as he wants to “give back” to the community. Of course, we know this is not the case, but the story that the company set up is hilarious and caters to the theming that this move entails.

As well as front-row tickets to the gun show, the My Baggage x ‘The Rock’ removals service gives you all the help you need when it comes to transporting your belongings. The service will include the following:

Whether you are moving somewhere within the country or venturing further afield, we will ensure your luggage, boxes, furniture, and equipment is handled with the utmost care and will arrive at its destination unscathed. Unfortunately, we can’t promise the same about ‘The Rock’. Some of those boxes are really heavy.

My personal favorite part about the website’s description of the service is the disclaimer that they note at the bottom, ” If you notice that your ‘Rock’ looks more like his long-lost cousin, try not to be too disappointed. Let’s be honest; it’s the closest you’ll get to him.”

Johnson has been a little too busy as of late; however, to be moving boxes! His live-action film, Disney’s Jungle Cruise, recently premiered, with a second installment in the series already confirmed. Dwayne is also producing Behind the Attraction, the Disney+ series, and has other upcoming projects such as Netflix’s Red Notice and DC League of Super-Pets.

Would you spend $750.00 to have The Rock show up at your door with a moving van?