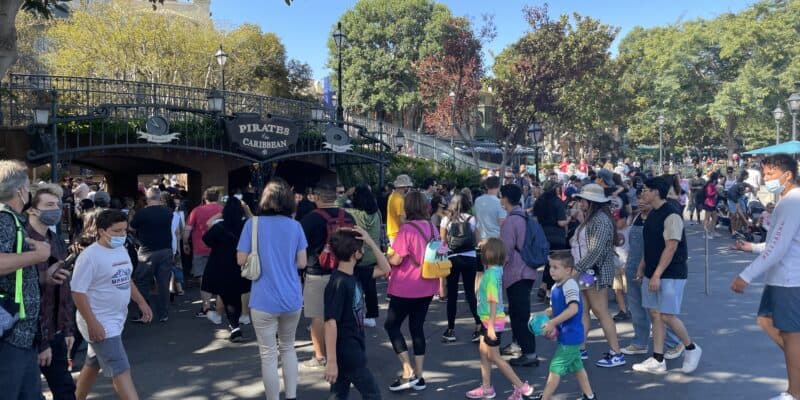 During the Q3 earnings call, Bob Chapek, Chief Executive Officer of The Walt Disney Company, stated that the Disney Parks were seeing above the Q3 attendance levels and “they were pretty darn good”. Now, however, Chapek is stating there was a bit of a drop off in attendance before the Parks bounced back during Labor Day.

Chapk partook in a virtual Q&A session at the Goldman Sachs 30th Annual Communacopia Conference on Tuesday where he discussed attendance and demand at the Parks. Chapek said:

“Well, the last time I commented on this, I believe was on our last earnings call and at that point we hadn’t really seen much impact at all from Delta. And then the following few weeks we saw a bit of an impact in terms of a slow down of our Guests coming to our Parks. But then Labor Day happened and all of a sudden, you know, things started to recover quite nicely. So it was a very short sort of impact and we like the recovery we are seeing off that.”

“Well we’re glad to see that our reservations at both of our domestic parks in Q4 are greatr than Q3 so that’s really encouraging. When it comes to our cruise ships we see the demand in the second half of ’22 in terms of bookings is actually greater than the first half of ’22…we’re really pleased with where it is and I think that says something about consumers’ confidence in Disney and providng a great experience for them.”

At this time, we still do not know what capacity the Parks are operating at. For example, when speaking to Walt Disney World, at the time of publication, we still have yet to hear an exact number when it comes to Park capacity, but that last confirmed number was 35%, which was released earlier this year.