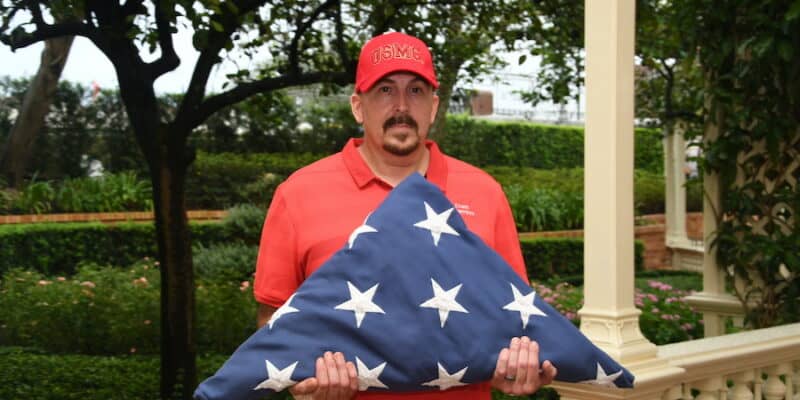 Twenty years ago, unimaginable tragedies occurred in New York City, Washington D.C., and Pennsylvania. 9/11 changed the way people viewed the world and how they lived their day-to-day lives. Everyday people became heroes and exuded courage that will continue to live on. Every year, we pause to remember the lives lost, the families left behind, and the heroes who sacrificed everything.

On the twenty-year anniversary of 9/11, Disney Executive Chairman Bob Iger honored those lost on that fateful day, as well as those first responders who rushed into the fray to save whomever they could without thinking twice.

Today we remember all those who tragically lost their lives on 9/11. We also pay tribute to the brave first responders who rushed to help those in need and to our courageous military personnel who, in the wake of 9/11, served and sacrificed so greatly in defense of our nation.

Today we remember all those who tragically lost their lives on 9/11. We also pay tribute to the brave first responders who rushed to help those in need and to our courageous military personnel who, in the wake of 9/11, served and sacrificed so greatly in defense of our nation.

Iger’s tweet was not the only way Disney honored those who were at the front lines on 9/11.

In celebration of Walt Disney World’s 50th Anniversary, Disney has been searching for Magic Makers — those people who are truly making a difference in their communities. And Disney recently honored their most recent Magic Maker, Rob Vickers — a man who was a first responder at Ground Zero at the World Trade Center.

Disney Parks Blog shared more of Rob’s story, as well as Disney honoring him as one of their elite Magic Makers.

Rob joined The Army National Guard in 2000 and one year later, served as a 9/11 first responder at Ground Zero. On Saturday, September 8th, he happened to be in New York City, traveling with a church group and has pictures from the top of the World Trade Center’s South Tower.  When the unthinkable events unfolded on Tuesday morning 20 years ago, he was called in to assist on the scene. Afterward, Rob joined the Air Force and went on to serve in Iraq and, after a combined 14 years of service, medically retired in 2010.

Not only did Rob fight overseas for the United States, but he also worked hard at home to help wounded veterans and created Emerald Coast Wounded Warriors:

In 2012, Rob and a friend started Emerald Coast Wounded Warriors, advocating for and assisting many local wounded veterans and their families – including those of other 9/11 first responders. As a result, many of the warriors Rob champions for have received free homes, service dogs, emergency mental health care, financial aid, and spaces to safely interact with one another – a critical need for veterans living in isolation during the pandemic. “Helping others is very therapeutic for me,” Rob says of the work he’s doing with the organization.

Disney celebrated Rob as a magic Maker by flying him down to the Walt Disney World Resort and honored him with a flag ceremony. You can watch the beautiful ceremony shared by Disney Parks below.

Nominations for more Disney Magic Makers are being accepted until October 1, when Disney World’s 50th Anniversary kicks off. If you know someone you would like to nominate as a Magic Maker, you can click here and visit the Magic Makers website. Past Magic Makers include a teen boy working as a veterinary technician helping local animals, and two women working together to make sure their community receives their COVID-19 vaccinations.

Please join us in remembering the 9/11 victims and their families, as well as honoring first responders like Rob Vickers.