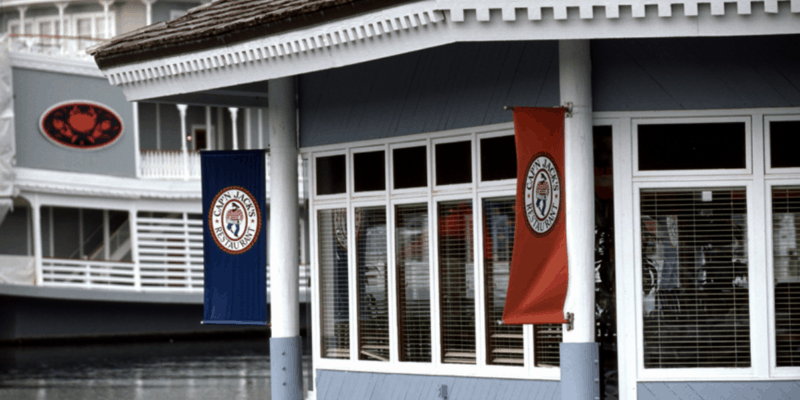 When visiting Walt Disney World Resort, one of the best things to do is eat!

Disney has hundreds of locations for Guests to choose from which all range in terms of price, offerings, and locations. Of course, Magic Kingdom, EPCOT, Disney’s Hollywood Studios, and Disney’s Animal Kingdom all have delicious food options, Disney Springs is a fantastic (and free) spot to go if you want amazing food.

Disney Springs is constantly in a state of change, always adding in new shops and food spots for Guests to enjoy. Although this is often a huge perk for Guests, when something new comes, it often means we need to say goodbye to something else. Cap’n Jack’s Restaurant, which offered both seafood and beautiful waterfront dining at Disney Springs until 2013, was a Guest favorite spot. It has been eight years since Guests have been able to enjoy Cap’n Jack’s (not to be confused with Captain Jack Sparrow from Pirates of the Caribbean), but now, Disney is unearthing one of the location’s best meals, and giving the recipe for you to enjoy!

With the 50th anniversary approaching, a new cookbook is underway which will give Guests the opportunity to taste all of their favorite Disney World dishes at home. Disney notes:

This fall, you’ll be able to join in on the merriment of the 50th Anniversary from your own home with the cookbook “Delicious Disney: Recipes & Stories from the Most Magical Place on Earth.” The cookbook, written by Pam Brandon, Marcy Carriker Smothers, and The Disney Chefs, will allow you to create culinary delights from Walt Disney World past and present right in your own kitchen!

Now, we are getting a taste of what to expect in the book with Cap’n Jack’s Clam Dip! It’s so easy, even I can make this one!

1. Mix together all ingredients in a medium bowl. Refrigerate until ready to serve.

What dining do you want to see Disney World bring back? Let us know in the comments below.