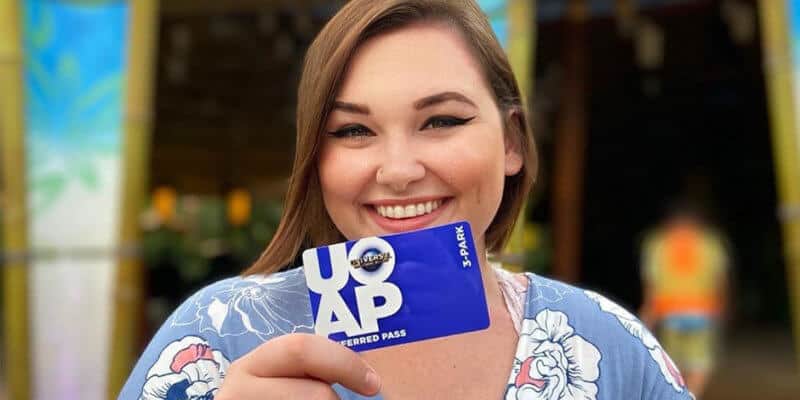 Recently, we heard that Walt Disney World would be bringing back their Annual Passes for Guests to purchase; however, things have changed in terms of pricing, offerings, tiers, and even the names of each pass!

As we have reported, Disney World Annual Passes will once again be on sale as of September 8. The new passes work off four tiers: Disney Pixie Dust Pass, Disney Pirate Pass, Disney Sorcerer Pass, Disney Incredi-Pass. Each pass offers a difference in price point, block out dates, offerings, and Park Pass Reservations. Below, you can take a look at the outline for each pass in terms of cost and what will come with each tier available.

With the announcement came mixed emotions as some are happy that they can once again purchase their Annual Pass, while others feel priced out of Disney World now and are also upset that some offerings such as PhotoPass will be an added fee.

Universal Orlando Resort is currently holding their annual Passholder Appreciation Days and often like to express gratitude to their Passholders. Today, they (@UniversalORL) Tweeted out another thank you as well as an expression of their love for Passholders, right after Disney announced the new Walt Disney World Resort Annual Passes and prices.

We’ve had several inquiries about our passholder programs, so here you go!

We've had several inquiries about our passholder programs, so here you go! https://t.co/3kOBZcFsR6 pic.twitter.com/gxwRd8FqY3

Universal also shared their Annual Pass information in the Tweet, which will show that Universal’s highest tier of Annual Passes is still less than half of Disney World’s Incredi-Pass. At the moment, we have not yet seen any price hikes or changes made for Universal Orlando Resort Annual Passes. Considering they are promoting their ongoing pass system, it does not seem likely that anything will change in the near future.

As a Universal Orlando Resort Passholder myself, I definitely can say I appreciate the affordable costs offered for their passes and the different incentives offered depending on when you purchase. Personally, I was able to snag 15 months for the price of 12, and I pay less than $25 a month!

What do you think of Universal Orlando Resort’s response to (and even sly dig at) Disney World’s new Annual Passes?