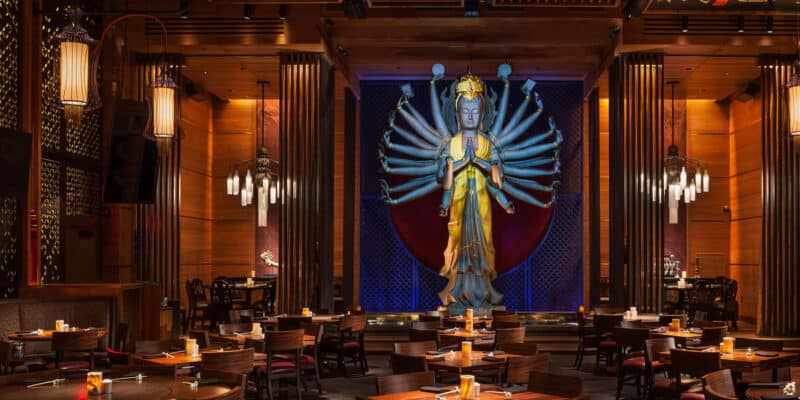 The Tao Group is reportedly looking to open a new restaurant close to Walt Disney World at O-Town West. The Tao Group is well known for its nightlife and restaurant ventures in cities across the globe including, Las Vegas, Sydney, Singapore, Los Angeles, and more.

According to a report from the Orlando Business Journal, the Tao Group is currently in talks to bring a Tao restaurant to Orlando. This new restaurant would be the first Tao property in Orlando, and would be an upscale dining experience:

This new restaurant would be located at O-Town West, a budding center that will feature retail, restaurants, business centers, and residential. If O-Town West sounds familiar that is because it is already home to the only White Castle in Florida, as well as a recently opened Portillo’s location.

It appears that despite the pandemic, many businesses are looking to move into the Central Florida tourism market. Tourism did suffer in the Orlando area and some hotels have been auctioned off as a result. However, the financial hardships brought on by the pandemic have not appeared to stifle new construction projects.

Pinstripes, a bowling restaurant hybrid much like Splitsville at Disney Springs is also making its move into Orlando about 10 minutes away from Walt Disney World. Between new projects from the Tao Group, Pinstripes, and the ongoing work being done on O-Town West, tourists visiting Orlando will have plenty to do outside of the theme parks.

Additionally areas such as O-Town West are direct competition for Disney Springs, the dining and entertainment district at Walt Disney World.

The Tao Group has not said which of their hotel brands they would be bringing to Orlando.

Would you like to see a restaurant from the Tao Group land in Orlando? Let us know your thoughts in the comments!