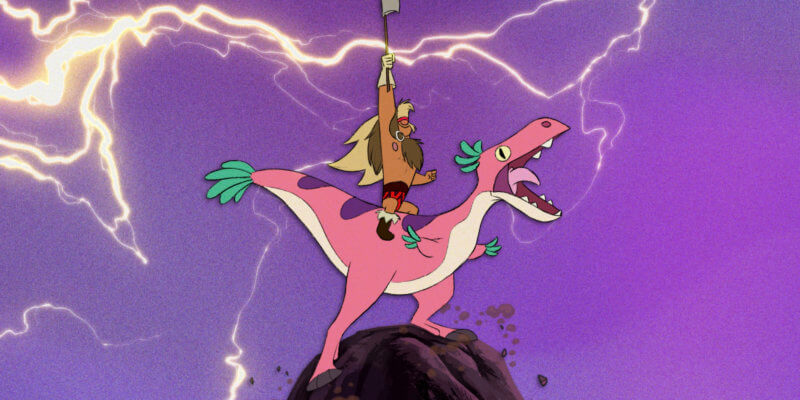 During a recent press conference for Short Circuit, the filmmakers at Walt Disney Animation Studios caught up with the press (and each other!) and shared the meaning behind their creative projects.

One remarkable way that the animators experiment with their storytelling in Short Circuit is through color. In her film “No. 2 to Kettering,” Liza Rhea uses color to portray emotion in a creative, thought-provoking, and still relatable way.

Rhea shared, “My idea came to me in the middle of a meeting at work and I was like, “Oh, what an interesting way to,” because I use color as a tool to communicate emotion. I know it’s been used many times, but I think what makes my film unique is what kind of emotion I’m trying to convey and how. I really wanted to think like, ‘Okay, what if there’s a girl full of vibrant color, and she’s living in a world that’s maybe bogged down with the weight of the world’…”

She continued, “As she interacts with a lot of people on the bus, sometimes that color can be drained, and some times, it can go the other way and she can infuse color into someone else by lifting their energy and joy.”

Another filmmaker, Kim Hazel, explores the concept of a superhero getting a reality check in her short “Dinosaur Barbarian.” It sounds like a silly idea, but when you see the film, you’ll know what we mean when we say that it’s entirely unique and leaves us wanting a full-blown series all about our favorite new guy.

Interestingly, “Dinosaur Barbarian” is told entirely in the form of a theme song and animation sequence. In all of the Disney animated short films I’ve seen, I know I can say that I have never seen this done before — so Hazel truly was experimental in the best way.

But by far, perhaps the most thought provoking and charming new short film in Short Circuit Season 2 is “Songs to Sing in the Dark.” Riannon Delanoy’s film tells the story of two creatures living in a completely dark cave, having only their voices to identify each other. During the press conference, Delanoy explained how she merged her passions of science and art to create this film.

“As pertains to this short, some animals like bats, they’re very advanced with their use of sound. They use echolocation navigate, but a few animals use sound for even more than that.

Tiger moths can use interference patterns to jam echolocation. Sperm whales can blast sound like a shotgun to stun prey. Dolphins even appear to have a pictographic language where they can send images to one another, and it’s all encoded in sound. What if you took those abilities to their logical extreme? What would happen if you took a group of echolocating animals, and let them evolve for millions of years in this totally dark cave, in this massive evolutionary feedback loop?”

Delanoy explained that, given this concept, sound could perhaps become weapons, armor, camouflage, or even a huge threat. And, in a dark environment with no way of knowing what’s around, a creature could reinvent itself completely. “That blue sky possibility for visuals and sound really appealed to me,” she said.

Below, you will find the names and descriptions of each short in Season 2 of Short Circuit.

“Dinosaur Barbarian”
Directed by Kim Hazel
Battling evil is all in a day’s work for Dinosaur Barbarian, but what about taking out the trash? Sometimes even a superhero needs to clean up his act.

“Going Home”
Directed by Jacob Frey
A story about growing up and the meaning of home in which a young adult repeatedly visits his hometown, but with every new arrival he starts to face the inevitable: change.

“Crosswalk”
Directed by Ryan Green
A law-abiding citizen must find his inner strength to cross the street at a light that won’t change.

“Songs to Sing in the Dark”
Directed by Riannon Delanoy
Two creatures living in the depths of a dark cave engage in a battle of acoustic one-upmanship. As things escalate, they come to realize that they are stronger together.

“No. 2 to Kettering”
Directed by Liza Rhea
On a dreary, ordinary morning, a girl learns how the power of laughter can lift even the most sullen among her fellow bus riders along their journey to Kettering.