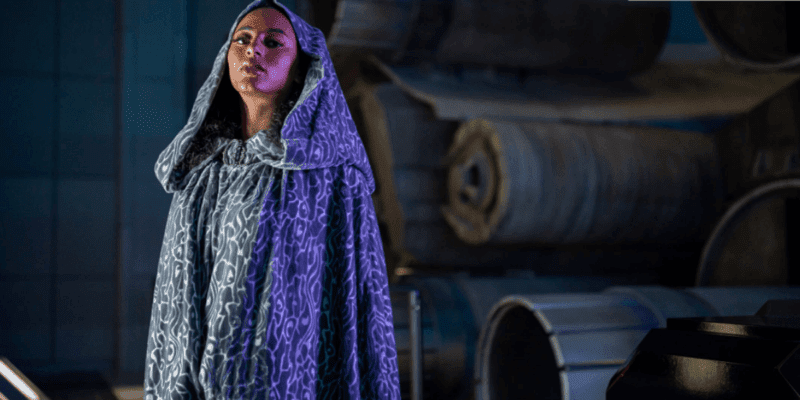 Disney has been hard at work creating a brand new experience for the Walt Disney World Resort. The all-new Star Wars: Galactic Starcruiser will fully immerse Guests into the world of Star Wars on a level never attempted by Disney before.

Now Disney has confirmed that the end of your voyage onboard the Galactic Starcruise will culminate in a formal gala! Think of this as the equivalent of a formal night on a cruise ship, but all of the Guests are dressed in their Star Wars best.

Previously, Disney announced that while costumes are encouraged they are not mandatory for your stay at the Star Wars: Galactic Starcruiser. Costumes are not included as a part of your stay and Disney is encouraging Guests to bring their own costumes.

You will have the opportunity to purchase some Star Wars clothing while onboard the Halcyon. You will definitely want to have something special to wear as Disney has just announced that there will be a special gala at the end of your voyage to commemorate your time onboard:

Throughout your adventure, you are encouraged to don your galactic best. As you will become a unique character in the Star Wars galaxy, we invite you to dress the part.

If your wardrobe is currently limited to a single planet, Star Wars galaxy apparel is available in-advance from shopDisney or on the ship.

How will you come dressed? In your Jedi best? Ready to rumble for rough and tumble smuggling? Dressed to impress in your Coruscant best? Or in your most comfortable garb from your home planet? The choice is up to you!

But whatever planet’s clothes you choose to wear, be sure to save your very finest for the traditional end-of-cruise gala celebration!

Feel free to dress as any character in the Star Wars universe, or simply bring your best earthly dress to wear on the night of the gala.  The Galactic Starcruiser experience is interactive but you can decide how deeply you want to be involved in the storytelling. Costumes will undoubtedly be a great way to immerse yourself in the storytelling of this experience.

Nearly every detail that has been released about the Galactic Starcruiser experience is reminiscent of what you would find on a cruise ship. For example, the pricing that was released shows voyages priced per person, per cabin, just as you would see them for sailing on the Disney Cruise Line.

Disney also released a look at a mock itinerary that gives you an example of what a trip onboard the Galactic Starcruiser will be like. Some of the activities include droid racing, lightsaber training, and a guaranteed ride on Rise of the Resistance during your visit to Batuu, Galaxy’s Edge.

Like Galaxy’s Edge all of the Cast Members who will be working on the Galactic Starcruiser will also be in costume, and we cannot wait to see which characters from the Star Wars universe make an appearance during our voyage!

Related:What You NEED to Know Before Visiting Galactic Starcruiser

Let us know what costume you will be wearing on the Galactic Starcruiser in the comments!