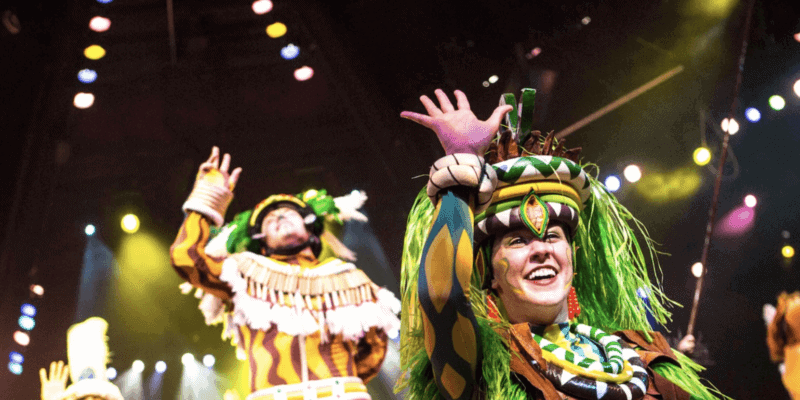 One of the many fun things about visiting the Walt Disney World Resort is seeing all the incredible shows that the theme parks offer. Whether it’s stage shows at indoor theaters, performances on the stage at Cinderella Castle, or watching the comedians putting on street shows at Hollywood Studios — there is always some form of entertainment happening at Disney.

Since the COVID-19 pandemic forced the theme parks to shut down, the many shows have not come back in full force, but a very popular one has — and Disney is even looking for more performers!

Disney Careers posted on its website about what performers the show is looking for and shared the following information:

Disney Live Entertainment is accepting Vocalist Submissions for Celebration of Festival of the Lion King; an African-inspired celebration of the music from the feature film; an original musical theatre production performed live in the state of the art, indoor, 1500 seat theatre-in-the-round in Disney’s Animal Kingdom®, performed live at the Walt Disney World® Resort near Orlando, FL.

We are seeking performers who are local to the Central Florida area for Sub Positions.

Kiume: The Leader. Must have a strong and powerful presence. Resonant baritone/bass. 5’10” – 6’2″

Currently, A Celebration of the Festival of the Lion King is performed multiple times a day Disney’s Animal Kingdom Park and might be the most popular stage show at Walt Disney World. The show brings together the most popular parts of the 1994 film along with the costumes, singing, and dancing that made the Broadway show a Tony-winning hit.

Here is more information on the sensational show from the Disney World website:

If you would like to watch A Celebration of a Festival of the Lion King during your trip to Animal Kingdom, be sure to check your My Disney Experience app for show times and more information.

Oh, and don’t forget to work your roar, as the performers may need your help during the show!

Is A Celebration of the Festival of the Lion King on your must-see Disney show list? Let us know in the comments!

CLICK HERE to book your Disney vacation today with our friends at Academy Travel – an EarMarked Diamond travel agency that can provide you with a free quote.

Comments Off on This Popular Disney Show Is Looking For Performers!