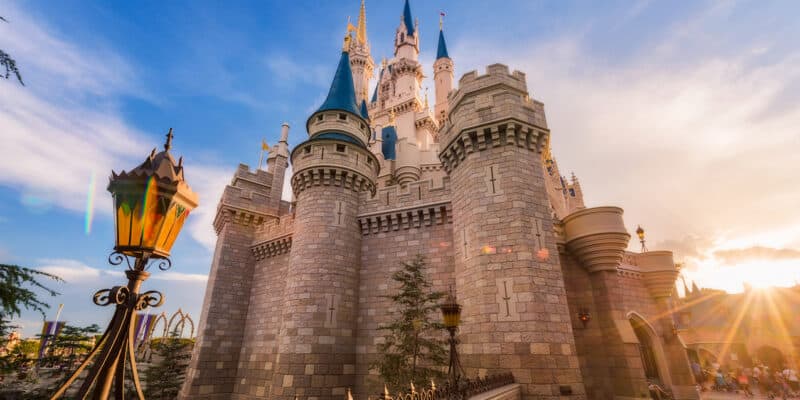 Over recent months, Disney World has been undergoing many changes as the theme park Resort gears up for the 50th anniversary celebrations!

The Park that has seen the most change is Magic Kingdom, which is quite fitting as it is the only Disney World theme park actually to be turning 50 years old this October. Cinderella Castle has undergone a shimmering transformation, and we have seen Fantasyland begin to make major changes to aspects of the area.

We have seen attractions transformed with new paint jobs such as “it’s a small world” which is turning its white interior facade into a colorful work of art, and the Mad Tea Party attraction is also gaining a refresh as well. Prince Charming Regal Carrousel has added real gold trimming, and Princess Fairtytale Hall has done the same with their new signage.

Now, it seems that the construction is not yet over when it comes to Fantasyland. Disney has recently filed a permit for upcoming construction on the east Fantatsyland bridge, which likely means the pathway on the east side of the castle that leads to Cinderella’s wishing well. The permit is solely filed for “General Construction,” and we are unsure how extensive of a construction project will be done to the area.

Below is a photo of the bridge on the east of the castle, which leads into Fantasyland.

Lately, we have seen more trees being planted in the area, so perhaps the work being done is more landscape-based, or maybe the walkway will also be receiving an extra sparkle for the 50th anniversary! Another speculation is that something is being implemented in the area for Disney Enchantment, the new firework show to debut on October 1.

Considering Disney has already noted how spectacular the show will be and how it will cover more Park areas than ever before, perhaps more lighting, projections, or pyrotechnics will be needed in the area. Again, that is solely speculation based on the bridge’s location and proximity to the castle.

It seems we will need to wait and see how the construction transpires and how major of a change it will provide for Guests if any!

Do you think that Disney World needs to add more touches to their theme parks for the 50th anniversary? Let us know in the comments below.