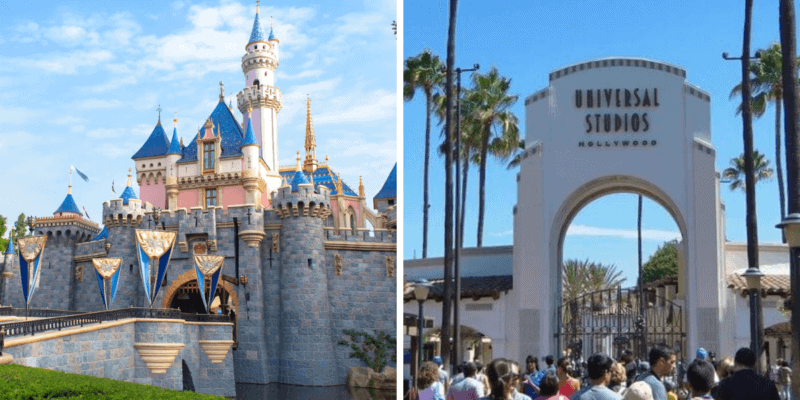 On August 25, Disneyland Resort began selling its new Magic Keys — which are taking the place of the now-retired Annual Passes. At the same time, Universal Studios Hollywood has brought back its top-tier Platinum Annual Pass.

However, while fans are excited to see things return — Disneyland fans have been waiting months for new Annual Passes — everything is not rainbows and sunshine and certain aspects of theme park Annual Passes may leave fans feeling a little shorted.

Disneyland’s top Magic Key — the Dream Key — will set Guests who purchase it back nearly $1,400. However, there are a lot of perks that come with it, including no blackout dates, free parking, and discounts on food and merchandise. The Dream Key is a close equivalent to Disney’s Signature Plus Annual Pass.

However, Guests purchasing the second-tier Magic Key — which costs nearly $1,000 — will find a huge amount of differences. There are a number of blackout dates and parking is not included, although Believe Key Holders will be given 50 percent off of the cost of parking. The two top-tier previous Annual Passes both included parking, so if you don’t get the Dream Key, you will have to pony up for parking.

Both Universal and Disney had to shut down due to the COVID-19 pandemic. Both theme parks lost a lot of money during those closures. However, both also seem to be using the pandemic to justify selling less for more. Annual Passes are giving Guests less than they used to, but the prices are the same as they were before, or sometimes even higher.

While Guests will most certainly buy these passes and extras and spend more money in the beginning — they have missed going to the theme parks as much as the theme parks missed having them. It will be interesting to see how these prices and increases fare in the long run.

What do you think of the Annual Passes at Disneyland Resort and Universla Studios Hollywood? Let us know in the comments.