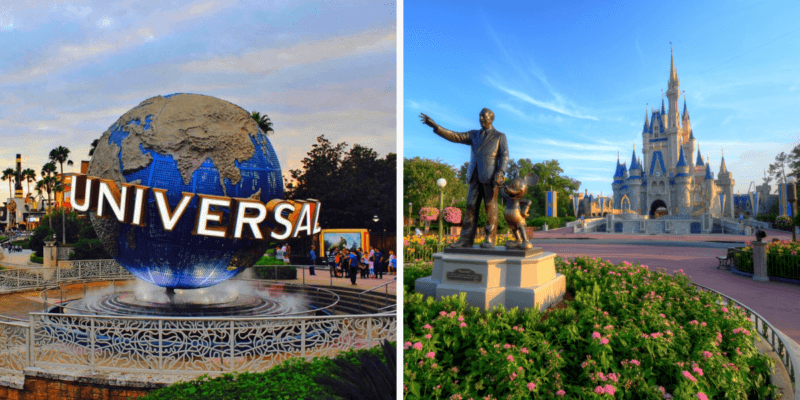 Universal recently sent our survey to select Guests and asked Guests how they thought Universal Studios compared to Florida’s other top theme parks, Walt Disney World and SeaWorld — which actually took the number one theme park spot. It asks Guests to compare the parks on a rating of “Very Unfavorable to Very Favorable”.

In addition to asking Guests how they thought Universal compared to other theme parks, it also asked Guests which IP’s they liked best. IP stands for intellectual property, so in this case, Universal is asking Guests to compare the intellectual property it has the rights to — such as Nintendo and Harry Potter — to the property owned by Disney and SeaWorld, mostly Mickey Mouse and Star Wars.

Universal also wanted Guests to play the fun game “If I owned Universal” and tell them if they had one of Harry Potter’s wands, what is one thing that they would change about any of Universal’s theme parks. That could be asking for a vast array of changes suggested, since each Guest will have their own things that they love and things that they dislike about any theme park, not just Universal.

Reservations are not required to visit the theme parks, but masks and social distancing will be heavily enforced at Universal Studios Japan. Both Universal Orlando and Universal Hollywood do not require masks for vaccinated Guests and ask Guests to use their best judgment when it comes to distancing and their personal health.

What is your favorite part of Universal Studios? What would you change? Let us know in the comments!

Comments Off on Universal Surveys Guests About Park Preferences and Disney