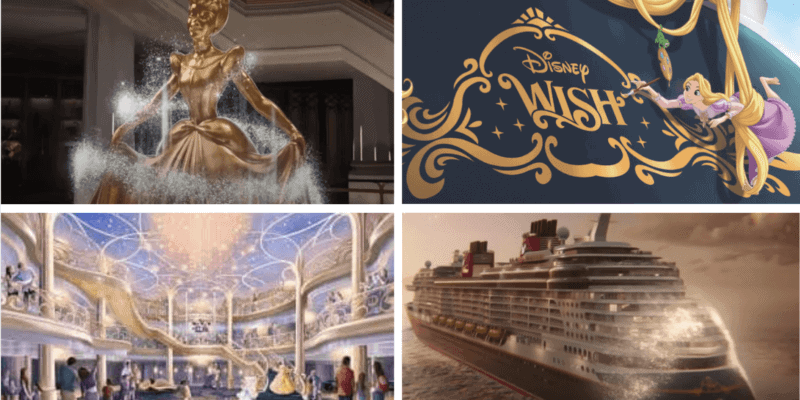 Calling all Actors and Performers! Now you have a chance to share your talents on the Disney Wish!

The Disney Wish is the fifth ship in the Disney Cruise Line fleet and is known to be bigger and better than any other Disney Cruise ship you have ever seen! In one year, the Disney Wish will set sail on its maiden voyage, but before that happens, Disney is currently searching for Character performers and Ship Wide Actors, and here’s where you can apply!

Want to become a Disney Princess or Prince? According to Disney Careers, Disney is offering three hiring categories pending your skillset and dancing ability. As per the official Disney Careers website:

Be a part of Disney history!! Submit your audition now for Animated Character Performers for the INAUGURAL CAST of Disney Cruise Line’s® brand new luxury cruise liner, the DISNEY WISH! Disney takes pride in the art of storytelling, producing the highest caliber entertainment at sea. Now is your chance to work with industry leaders for a professional entertainment experience like no other.

There are three hiring categories pending your skill set and dance ability. Seeking a diverse range of performers to bring the new Disney Wish to life!

We will select candidates to attend an in-person audition in New York July 30, 2021. The audition will be limited, and following safety guidelines. If selected for casting, Toronto rehearsals beginning late December 2021, with contract ending October of 2022. Contracts include: competitive pay, travel, room and board, guest sailing privileges, significant contract completion bonus and some guest dining privileges.

What are ShipWide Actors, you ask? Ship Wide Actors are improvisational comedians you might see during game show nights or live shows. Currently, Disney is searching for a Fairy Godmother, royal storyteller, man on the street interviewer, game show host, and a Pirate Captain.

Tell stories only Disney can tell in a unique and exciting way!

Character Experiences on the Disney Wish

The Disney Wish will feature many new and exciting character experiences! Inside the Fairytale Hall, Anna, Elsa, Belle, and many more Disney Princesses we know and love will invite young princesses to join in to show their artistic side in Rapunzel’s Art Studio, and act out stories inside Belle’s Library!

Guests will experience new live stage shows with Disney characters for the first time ever at the atrium inside the Disney Wish! Disney Characters will also be spotted waving to Guests from the Juliet balcony inside the Grand Hall!

So many other character experiences, including Marvel Themed dining, a brand-new Frozen experience, and Disney’s newest Captain, Captain Minnie Mouse will be welcoming visitors aboard her ship for summer 2022.

You can read more about the Disney Wish and all the Character Experiences here!

Do you want to work for Disney Wish? What job would you absolutely love? Let us know in the comments below!

Click here to learn more about how Academy Travel can help you plan your next Disney Cruise Line adventure!